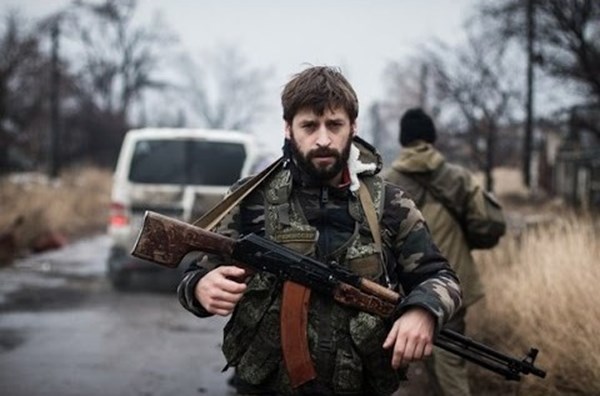 Russian journalist, Marina Akhmedova, has confirmed that the so-called Ministry of State Security (MGB) of the self-proclaimed Donetsk People’s Republic (DPR) has arrested Alexei Smirnov. He is the commander of the so-called Angel battalion. She posted this on her Facebook page.

“Alexei Smirnov, also known as Angel, was arrested. He is now in the custody of the MGB of the DPR. The charges are theft of humanitarian aid. It's hard to do it, but at this point I will refrain from making angry comments. He is also charged with the creation of an armed group,” Ahmedova, who knows Smirnov personally, confirmed.

“Furthermore, there are people who can't be touched and it is beyond reason. Angel is one of these people. His arrest is clear evidence that the DPR leaders have gone off the rails and that they no longer remember the good there. The people who came into leadership are deeply offended by our understanding of humanity and justice. This area is being surrounded by an invisible wall, and the people will be subject to tyranny. To the leaders of the Russian Federation, why have you given territory with people who come to you with open hearts, to these comrades who are denying their roots? I still think about it, and I cannot understand this callousness,” the Russian journalist wrote.

It was reported via social networks that Smirnov and several separatists had disappeared in the occupied Horlivka. City residents believe they were captured by the MGB of the DPR.

According to the Donetsk Internet community, the Angel battalion was allegedly engaged in the delivery of humanitarian assistance to the occupied territory while carrying weapons.

On the 16th of September, Smirnov and several of his associates went to the village of Zaytseve and disappeared. Before his last trip, he left a note on one of his social networking accounts. It said that “if we don't get in touch today again, consider us killed for our country”. There has been no contact from Smirnov since.