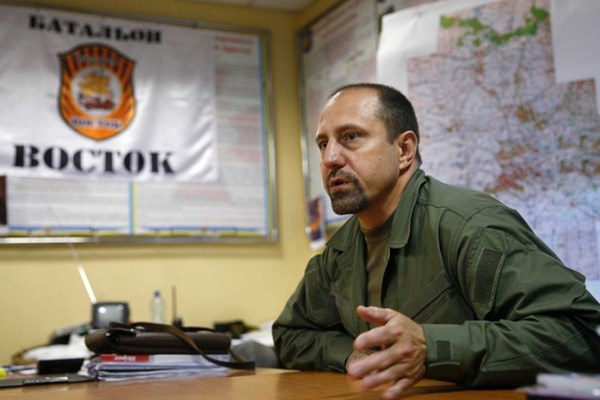 Influential military commander of the so-called Donetsk People's Republic (DPR), Alexander Khodakovsky, has reported that Russia will not be incorporating the Donbas into its territory and that this issue is no longer relevant in Russian society. This was said by Khodakovsky during his video conference in Donetsk. The commander is also known as being at the forefront of the uprising of the new government in 2014.

“I don’t think that we can talk about the accession in the near future as it’s impossible. Russia does not react as actively to events taking place here anymore. Their interest in us only rises if something significant is happening here. It is impossible to keep their attention at a consistently high level as this situation has been dragging on for years. This is a natural process. When the escalation in conflict happened in Syria, their attention turned towards Syria. We also see this with the crisis, sanctions, etc. The inner life of Russia proceeds according to its own laws. We could of course hold a referendum and appeal to Russia. However, this will only make sense if the results of the referendum will be recognized by Russia and if it will then be agreed to by them and accepted by us. For many reasons, Russia is not ready for this so it will be useless for us to carry on any activities,” Khodakovsky explained.

According to him, 70% of the residents of the militia-controlled territory wants to join Russia. This means that the people no longer believe in the prospect of the self-proclaimed republic surviving by itself.

In addition, the commander of the Vostok battalion voiced a criticism addressed to the leader of the separatists, Alexander Zakharchenko.

“When we started all this in 2014, we did not think that we would verbally criticize our own comrades and companions, or that we would find ourselves in positions so different from those of our friends and colleagues. It’s depressing,” Khodakovsky added.

He said that people from Zakharchenko’s team, such as the DPR ministers, originate mainly from criminal circles and are engaged in plundering activities of the occupied territories.

“‘To grab three rubles and flee’, this is the mentality and psychology of the members of our government. If we look at each of them, we would see that only few of them continue in the same old spirit. They would have a deep note of regret in their voices while carrying out their functions and duties, without hiding their disappointment in their colleagues. These colleagues today use all of their energy to find a way to make money in this poor environment, to find a way to promote their interests. Once the ministers begin, for example, to organize illegal vodka production in garages, then it is very bad,” Khodakovsky said.

At the same time, the commander said that the Donbas cannot be a part of Ukraine at this moment.

“We cannot join a country with which we have just fought. How can we seriously say that now we will become a part of Ukraine? Decades will pass before we will be able to talk about it. Perhaps even only future generations will be able to discuss this without resentment. At the same time, it is necessary to build a normal and healthy dialogue with Ukraine. In any case, we will either have to separate completely from Ukraine, or find a form of coexistence where Ukraine will have absolutely no influence on any processes here,” Khodakovsky concluded.