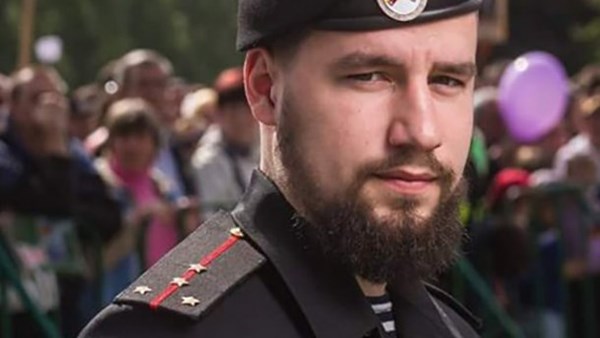 The First Deputy Commander of the Sparta Battalion, call sign Vokha, stated in his commentary to RIA Novosti that he will serve as the Commander of the battalion after the death of Arsen Pavlov, known as Motorola. Vokha noted that the Sparta battalion will continue to perform combat missions.

“It will be me, his First Deputy Commander. Motorola always introduced me as his Deputy that is why we unanimously decided to continue his work together, but under my leadership,” Vokha said in response to the question of who would replace the deceased Pavlov. Media outlets have reported that Vokha’s real name is Zhoga Vladimir Artemovich, born in 1993 and a resident of Slovyansk.

As was previously reported, Motorola was assassinated on the 16th of October. Shortly after that, the head of the so-called Donetsk People’s Republic, Alexander Zakharchenko, stated that Kyiv declared war against the  DPR through this action.

The Head of the so-called Luhansk People’s Republic, Igor Plotnitsky, also stated that Poroshenko has chosen the path of war. The Security Service of Ukraine has connected Motorola’s death to the Kremlin.