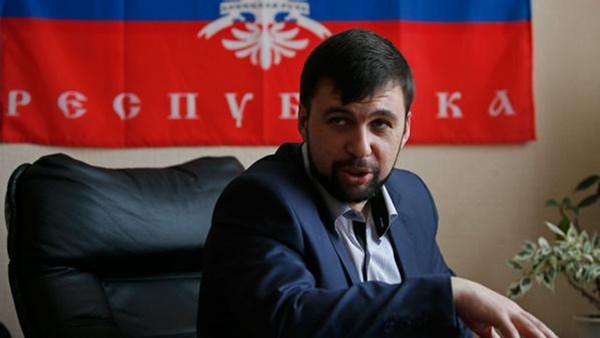 The Chairman of the People's Soviet of the so-called Donetsk People's Republic, Denis Pushilin, warned that open hostilities in the Donbas could resume if Kiev fails to implement the Minsk Agreements, Izvestia reported.

Pushilin told the newspaper that the situation remains tense in the Donbas, and there has been no progress on reaching a political settlement for the war that has lasted for more than two years.

“Over the last five to six days, the situation has worsened as much as is possible. And if Ukraine does not comply with at least the first three points of the Minsk-2 agreement, open clashes will soon resume in the Donbas,” Pushilin said.

The separatist leader’s words come shortly after a meeting of the contact group on the situation in the Donbas. According to a representative of the so-called Luhansk People’s Republic, Vladislav Deinego, the parties once against failed to reach a political compromise.

Ukraine and the West, in turn, have repeatedly accused Russia of failing to implement the Minsk Agreements.