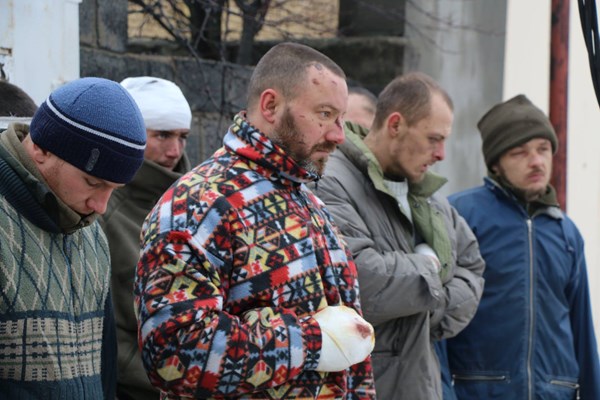 The advisor to the Chairman of the Security Service of Ukraine, Yuriy Tandit, said that Ukraine is negotiating the early release of 25 Ukrainian prisoners held in the Donbas. This was reported by Interfax-Ukraine with reference to the ICTV channel.

"We are ready to compromise and the exchange of 25 hostages for 50 is now being discussed," Tandit said. According to him, Kiev is making a maximum effort to release the prisoners.

Recently, there had been no progress in the negotiations on the release of prisoners in the Donbas. Pro-Russian separatists and Russia, which supports them, first demanded a "general amnesty" for all separatists. It was recently reported that there are currently at least 112 Ukrainian servicemen imprisoned in the Donbas.

The representative of Ukraine in the humanitarian subgroup of the Trilateral contact group, First Deputy Chairman of the Verkhovna Rada Iryna Herashchenko appealed to the current head of the OSCE, Foreign Minister of Germany Frank-Walter Steinmeier, for assistance in the release of the prisoners. It is a situation that, according to her, has only been getting worse as some of the prisoners have been subjected to outright torture.