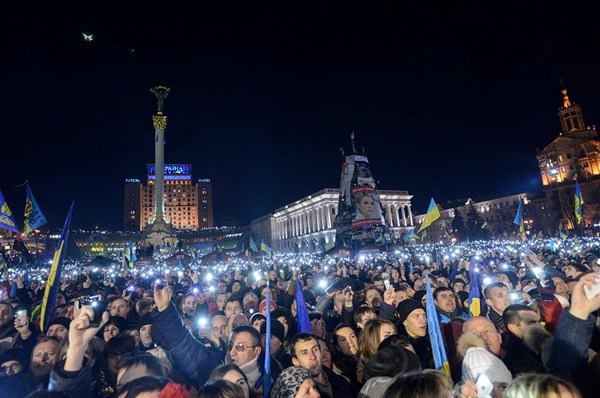 The Security Service of Ukraine (SBU) stated that Russia is preparing provocations involving violence at the events commemorating the anniversary of the shootings on Maidan.

"Last year, Russian agents intensified their activity on the eve of commemoration of events of 2014. This time, calls for violence could be heard again from Russia," said the Chief of Staff of the SBU, Oleksandr Tkachuk, at a briefing on Wednesday, February 15.

''According to our data, around 18 events are scheduled for February 18 to 22. While preparing for eight of the events, we noticed certain signs of possible violence, three of which are organized from the territory of the Russian Federation," he said.

The SBU said that the employees of the Russian security services, blogger Sergey Zhuk and the head of the Nazhdak organization, Nikolai Dulsky, are organizing groups through social networks, calling for armed provocations during the commemorating activities on the anniversary of the shooting of Heaven's Hundred. Russia is funding bots in social networks and contextual advertising promoting these groups, Tkachuk said.

The most tragic events on Maidan happened from the 18th to the 20th of February 2014, where protesters were shot. Kyiv began a tradition of honoring the victims through a series of commemorative events held on those dates.

Last year, the Revolutionary Right-Wing Forces organization seized control of the Kozatskiy Hotel during that period.