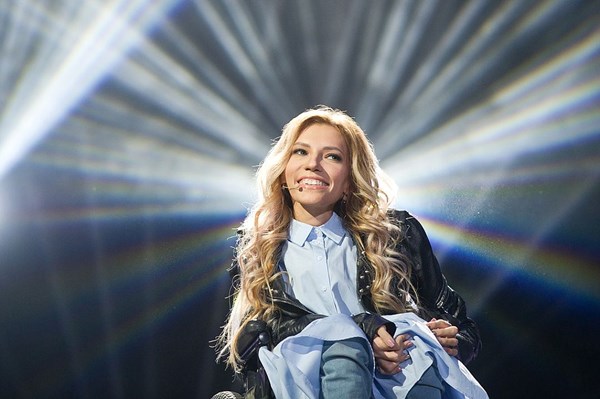 The head of the Security Service of Ukraine (SBU), Vasyl Gritsak, believes that Ukraine should prohibit the entry of the Russian representative to Eurovision-2017, Yulia Samoylova. While speaking with journalists on Friday, Grytsak said that the decision has not been made yet, but he is personally in favor of the ban.

"My opinion is the law is for everyone! If a person crossed the border of the annexed territory – the Autonomous Republic of Crimea - this means she committed an administrative offense. This is a good enough reason for banning further entry," the SBU head said, noting that such a ban could be initiated by the State Border Guard Service.

Grytsak also hinted that Samoylova's election as the Russian representative to Eurovision was a deliberate provocation.

"Sources from Russia are saying that there were other singers with the same vocal abilities, but for some reason it was decided to send this person who has certain physical disabilities, unfortunately. It was done in order to create an excuse and to see our reaction. There will be a reaction from the SBU for sure," he said.

At the same time, the head of the Security Service also called upon the organizers of Eurovision and the Ministry of Culture to respond to this situation.

At the Eurovision-2017 song contest in Kyiv, Russia will be represented by 27-year-old Yulia Samoylova, who is disabled and confined to a wheelchair. In the summer of 2015, Samoylova performed in the city of Kerch in the annexed Crimea.