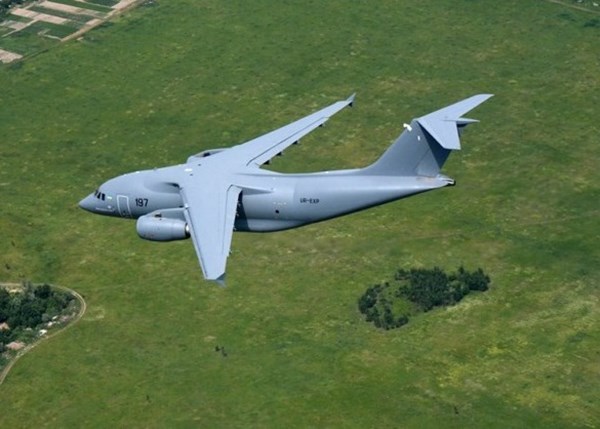 The state-owned Ukrainian aerospace company, Antonov, signed a preliminary agreement with Saudi firm Taqnia Aeronautics which will see the delivery of 30 multipurpose Antonov An-178 aircraft to the Royal Saudi Airforce.

Taqnia Aeronautics President Mohammed Al-Ghamdi said that “The signing of this memorandum is the next significant step in the development of our cooperation. We have already signed documents on the cooperation on the project of a new transport aircraft An-132 and the joint promotion of special variants of the An-148.”

“We will also implement a joint marketing policy to promote the An-178 on the markets of other countries in the Middle East region and plan a joint production of these machines," Al-Ghamdi added.

According to the First Vice President of Antonov, Alexander Kotsiuba, "today's event was more proof of the mutual desire of Ukraine and the Kingdom of Saudi Arabia to develop a strategic partnership in the field of aircraft construction… the signing of this memorandum confirms that the An-178 is a modern, functional and reliable aircraft that is of interest to potential customers. We are grateful to our partners for their trust and ready to fulfill obligations under signed agreements."

The An-178 is Antonov's latest cargo plane and can carry large loads at jet speeds while not sacrificing when it comes to rough-field performance. It is thought to be a viable contender on the international fixed-wing medium-lift market.