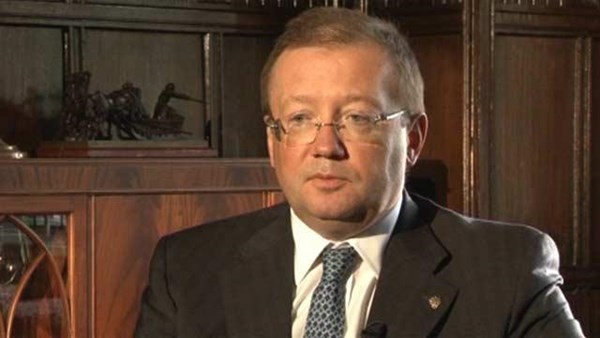 The Russian Ambassador to the UK, Alexander Yakovenko, called London’s approach to the "business of Litvinenko" a "blatant provocation" by the British authorities. Yakovenko said this after being summoned to the British Foreign Office.

According to him, for Moscow, "it is absolutely unacceptable to question whether the Russian government was somehow involved in the death of Litvinenko... This is an attempt to exert additional pressure on Russia in connection with the existing differences on several international issues," the Ambassador added.

The report of the British Judge, Robert Owen, on the results of the public investigation of the death of Former FSB Officer Alexander Litvinenko in November 2006 was published on Saturday in London.

The document stated that Russian officials were involved in his death, stating that this murder was "probably approved" by the President of Russia, Vladimir Putin. Nikolai Patrushev, who headed the FSB from 1999 until 2008 and now serves as the Secretary of the Security Council of Russia, and is also close to Putin, was also mentioned in the report.

A Former KGB Officer, Andrei Lugovoi, and businessman, Dmitry Kovtun, were named as the most likely perpetrators of the assassination. Andrei Lugovoi is now a Deputy in the State Duma.

British experts concluded that 44-year-old Litvinenko was poisoned with radioactive polonium-210. The substance was in tea that he drank in a London hotel during a meeting with Lugovoi and Kovtun. Litvinenko died three weeks after this meeting.

Among the possible motives for the murder of Litvinenko was his possession of evidence of the close ties between Vladimir Putin and members of organized crime.

Shortly after the contents of Justice Owen’s report became known, the Minister of Internal Affairs of Great Britain, Theresa Mei, announced the freezing of Kovtun’s and Lugovoi’s accounts.

According to her, London turned to its partners in NATO and the European Union with a proposal to develop a common strategy to prevent future incidents. As stressed by Mei, the conclusions of the judge bring "deep concern" and showed "a flagrant and unacceptable violation of international law."