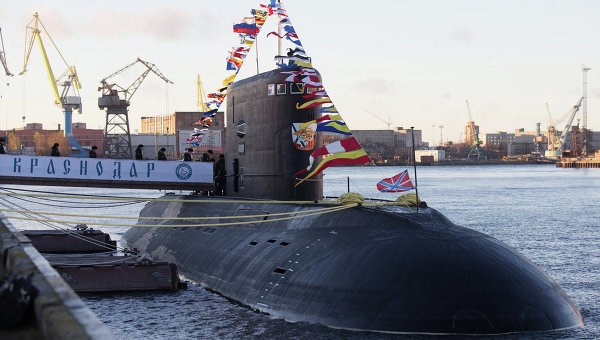 The project 636.3 diesel-electric submarine “Krasnodar” will be transferred from the Baltic to the Black Sea Fleet, where it is expected to arrive in June. This was announced by Vyacheslav Trukhachev, spokesperson for the Black Sea Fleet.

The Krasnodar is the fourth such submarine of project 636.3. Three submarines of this type - Novorossisk, Rostov-na-Donu and Stary Oskol are already part of the Black Sea Fleet. Last year the Russian Navy acquired a fifth and sixth submarine, Veliky Novgorod and Kolpino, which have not yet been transferred to the Black Sea. There are plans to construct another six such submarines for the Pacific Fleet.