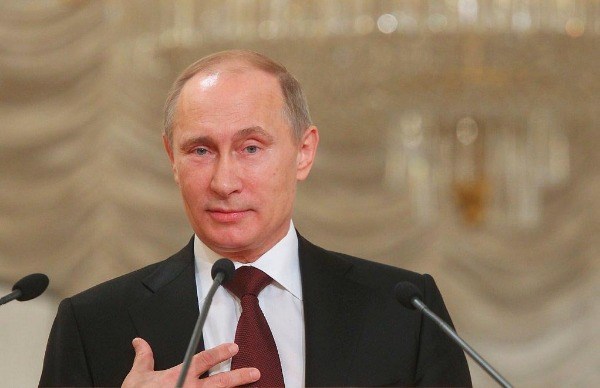 “The western mass media reported almost nothing about the progress of the Russian army in the fight against international terrorism as they are interested in 'belittling' our success in Syria,” Russian President Vladimir Putin declared at a meeting with journalists within a media forum of regional mass media in St. Petersburg, as reported by a Rosbalt correspondent.

"It is clear why it is so. At first they spoke about the need to isolate Russia then realized that it is impossible as the understanding has come with the beginning of our operation in Syria. No one wishes to hear it again so they had better stop talking. But no matter how much someone would want to belittle our role in this process, it is simply impossible. There is such a desire because some people have their work to do. You guys have the task to bring something for the public discussion, and then to belittle, suppress and misinform your listeners and readers. But life will still go on as usual. And we don't really care about this, we care about the result," Putin told regional journalists.

According to the President, the Russian army has accomplished its mission in Syria.

"It is too early to say that a fundamental change has come there. But the fact that we have fulfilled the mission is obvious. It consisted of strengthening the statehood of Syria and its legitimate authorities. After withdrawing our group, the Syrian army continues the attack and frees settlements. The fight is against ISIL, which is recognized by all without exception, including the United States," said Putin.

Russia began air operations in Syria on September 30, 2015. In the middle of March, the President Putin ordered the withdrawal of the main part of Russian forces from Syria. He explained that the tasks which were set for the military in Syria were "generally accomplished.” Later, the Ministry of Defense specified that Russian aircraft will continue to carry out airstrikes.