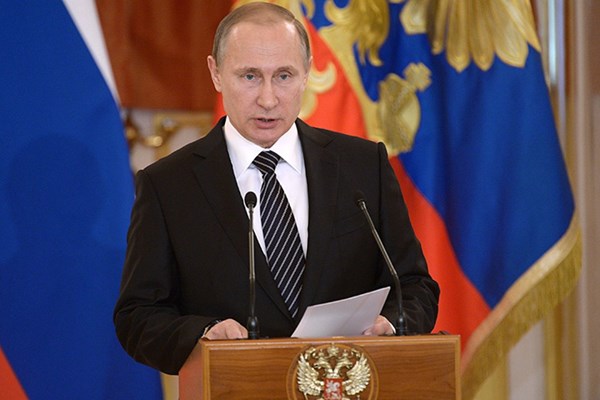 Russian President Vladimir Putin stated that, if necessary, Russia is able to reinforce its positions in Syria within several hours, "although this would not be desirable", TASS reports.

He also reported that the Russian Air Defense System will remain on permanent combat duty in Syria. These forces will be used for any threat posed to the military of the Russian Federation.

"Our bases in Syria's Tartus and Hamim are reliably protected from land, sea and air. The personnel of these bases will continue their service here. All components of the expanded system of the air defense, including complexes of a short-range 'Pantsir-F' and a long range " Triumph S-400" will be held on permanent combat duty," Putin said. He added that "all partners are alerted and know that our defense system will be applied for any purpose that we deem a threat to Russian military personnel."

Earlier, Putin said that the military operation in Syria cost the Ministry of Defence of Russia 33 billion roubles ($485 million).

As previously reported, Vladimir Putin ordered to start the withdrawal of Russian military groups from Syria on March 15. According to unofficial data, Russia held about 36 military aircrafts at its Hamim base in Syrian Latakia. At least 15 of these aircrafts, including Su-24s, Su-25s, Su-30s and Su-34s, have flown back to Russia over the last two days.