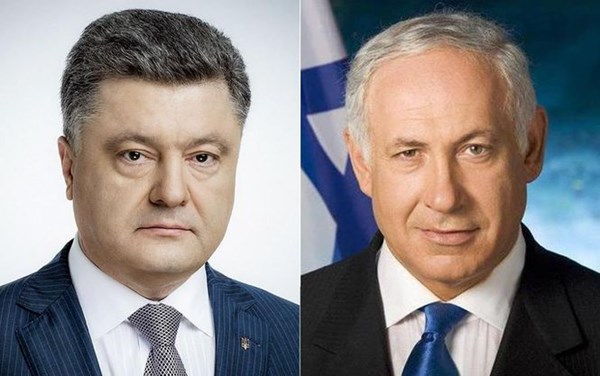 On Tuesday, May 2, President Petro Poroshenko held a telephone conversation with the Israeli Prime Minister Benjamin Netanyahu during the 69th anniversary of the founding of the State of Israel.

According to his press service, Poroshenko and Netanyahu confirmed their readiness to intensify bilateral cooperation in various fields and discussed issues of cooperation within the framework of international organizations.

"The parties expressed hope for the success of Prime Minister Volodymyr Groysman's visit to the State of Israel in May. Petro Poroshenko invited Benjamin Netanyahu to visit Ukraine at a convenient time," the report said.

Poroshenko also told Netanyahu about signing the law ratifying the Ukrainian-Israeli agreement on joint production of films and cooperation in the field of cinematography.

The Independence Day of Israel or Yom Ha'atzmaut is the main state holiday celebrated on the anniversary of the proclamation of the State of Israel, which happened on May 14, 1948 or the 5th of lyar 5708 according to Jewish calendar. On that day 69 years ago, the Declaration of Independence of Israel was signed and David Ben-Gurion proclaimed the creation of the State of Israel. This announcement was made within the framework of the UN General Assembly resolution 181 from November 29, 1947.

The holiday is celebrated on the Tuesday, Wednesday or Thursday closest to the 5th of lyar. This year it fell on May 2.