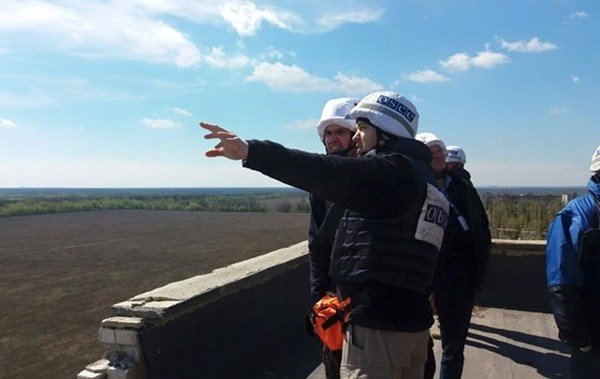 Donetsk residents have told observers of the Special Monitoring Mission (SMM) of the OSCE that separatists are using the roofs of their houses as platforms for attacks. Interfax-Ukraine reported that this was said by the First Deputy Head of the OSCE SMM in the Donbas, Alexander Hug.

“On Monday night, our observers reported 105 explosions north-west of Donetsk. Many of these explosions occurred in the Kuibyshevskyi district of the city. Our observers visited the area two days before the explosions and saw damaged houses. The locals told them that armed men use the roofs of their houses as vantage points during shooting,” Hug said.

Conflict between armed separatists and Ukrainian security forces is ongoing since April 2014 in eastern Ukraine. Both sides have reported that the situation is more aggravated on the front line.

According to the UN, over 9,000 people have been killed over the last two years while more than 21,000 have been affected by the war.