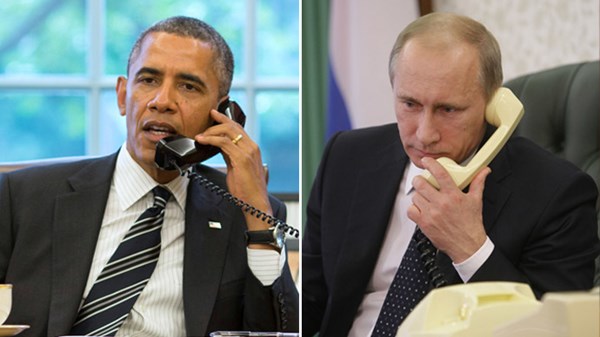 The news agency quoted the press secretary of the US Embassy in Moscow, Will Stevens.

According to the White House’s website, the conversation mostly addressed the war in Syria, and specifically Putin’s announcement that the majority of Russian forces in Syria would be withdrawn.

The two leaders also discussed the war in Ukraine, and President Obama emphasized the need “for combined Russian-separatist forces to implement the ceasefire in eastern Ukraine and to provide monitors from the Organization for Security and Cooperation in Europe (OSCE) with unfettered access to separatist-controlled areas, including the Russia-Ukraine border”, as stated in a White House press release.