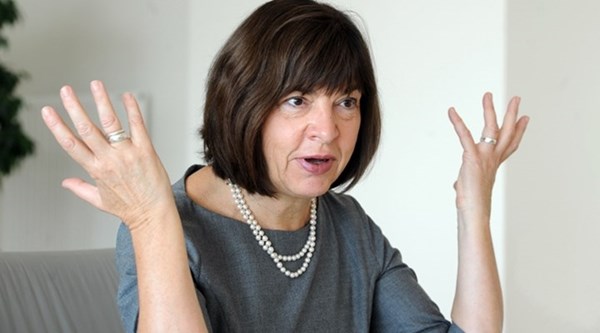 A Member of the Parliamentary Association Committee between the EU and Ukraine, Rebecca Harms, said that elections within the separatist-held territories of Luhansk and Donetsk regions cannot be carried out until the border is under the control of the Ukrainian authorities or an international organization such as the United Nations (UN).

"Elections are very important in this region. However, having elections under conditions where the territory is controlled by the 'green men' and mercenaries from Chechnya, Yugoslavia and other parts of the world, will never be considered as free elections and they will not pave the way to peace," she said.

Rebecca Harms commented on the recent statements of the Foreign Ministers of Germany and France regarding the imminent elections in these areas.

"If Jean-Marc Ayrault and Frank-Walter Steinmeier want the elections to be held soon, they should be aware that Russian weapons and Russian soldiers need to be withdrawn from the Donetsk and Luhansk regions and control over the Ukrainian border must be returned to Ukraine, or, at least, an international organization such as the UN," the Deputy said.

Earlier, another MEP, Jaromír Štětina, said that the only way to stop the conflict in Ukraine is to supply them with weapons.