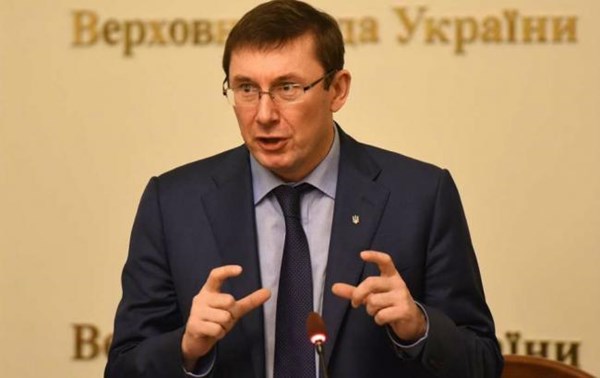 The killer of former State Duma deputy Denis Voronenkov, former National Guard of Ukraine employee Pavel Parshov, visited the territory of the Donbas on March 6 and made contact with pro-Russian separatists. This was stated by the Prosecutor General of Ukraine, Yuriy Lutsenko in an interview with Bild.

"On March 6, the killer was in the separatist-held territory, namely in Donetsk ... It's forbidden for the National Guard of Ukraine to stay in this area. We searched the apartment where he was with two people ... In addition, the killer had contact with the separatists on the territories that are not under the control of Ukraine," Lutsenko said.

All this, according to him, gives grounds to suspect that the murder of the Voronenkov was ordered by the Kremlin.

Lutsenko recalled that Voronenkov was going to testify against the Ukraine’s former president Viktor Yanukovych. "The witness Voronenkov, of course, did not die because of the statements he had made already, but because of those he was about to make," the Prosecutor General said.

Lutsenko also said that the ex-MP was going to establish a center in Ukraine for investigating corruption in the FSB.

On March 23, 2017, shortly before noon, former State Duma deputy Denis Voronenkov was shot in the center of Kyiv. He had earlier received Ukrainian citizenship and testified in the case of Yanukovych's state treason. During the attack, the shooter was wounded by Voronenkov’s bodyguard and later died in the hospital.

Parshov, who previously served in the National Guard, was dismissed for the failure to comply with the terms of the contract. He was known to for his right-wing radical views.

The SBU (Security Service of Ukraine) advised that there is no evidence yet that Parshov was an agent of the FSB.