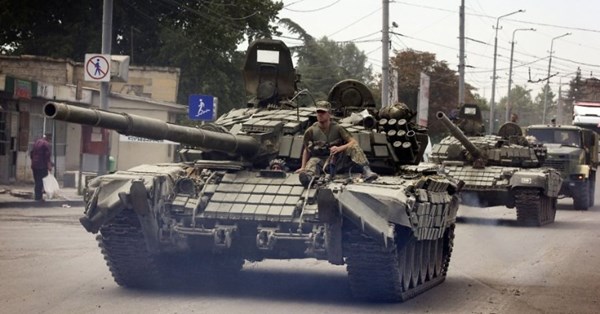 Ukrainian intelligence has received indications that Russia is ready to expand the scope of the armed conflict in the Donbas region, and open hostilities may resume as early as the end of December, reported Ukrinform.

"The situation in eastern Ukraine is extremely complicated.  An increase in the number and the scale of enemy provocations is leading to a deterioration of the situation in the Donbas region.  This includes attacks on Ukrainian Army positions by rebel soldiers… reinforced by armored personnel carriers and infantry combat vehicles.  The most recent clashes occurred in the regions of Avdeevka, Pavlopol, and Zaytsevo", the Main Intelligence Directorate of the Defense Ministry of Ukraine stated.

In addition, the Russian-backed rebels have increased their sabotage and reconnaissance activities in the area, including several attempts to mine advanced and rear areas. Intelligence reports have suggested that the separatists have planted large mines meant to destroy personnel carriers and armored vehicles, as well as anti-personnel mines which are banned by the Ottawa Treaty.

The Intelligence Directorate also mentioned that incidents in which Ukrainian soldiers were fired upon has risen to an average of 60 per day. These attacks include the usage of small arms, rocket-propelled grenades, mortars, and tanks.

Attacks have been recorded in the Novoaydarsky, Slavyansk, Donetsk, Volnovakha and Mariupol regions.  "At the same time, Russian terrorist groups reinforce these areas with additional infantry, artillery and tank units.  These reinforcements have arrived from across the borders of the self-proclaimed republics", the intelligence report noted.

The territory around Yenakiyevo and Gorlovka is at particular risk, as the 3rd and 7th Motorized Rifle Brigades are stationed in the area and are reinforced by and receive weapons from the 1st Army Corps of the Russian Army.  Several advanced weapons depots are also located in the region. "This confirms the preparation of Russia to expand the armed conflict in the Donbas region, which could begin in the second half of December”, the Ukrainian Intelligence Directorate concluded.