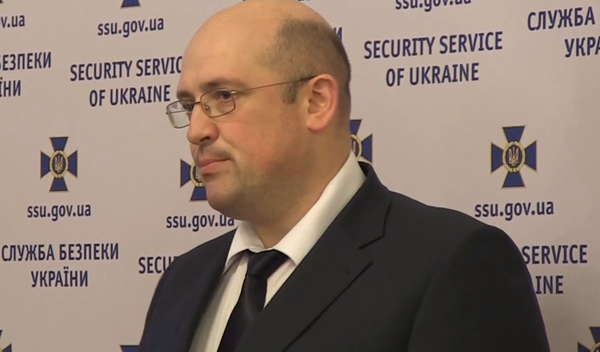 Russia seeks to undermine stability in all regions of Ukraine, now with the involvement of criminals, according to Vitaly Naida, head of counterintelligence of the Security Service of Ukraine (SBU) in response to a question about the main "enemy’s scenarios" during an interview with Liga.net.

"As of today, these are attempts to undermine the situation in all regions of Ukraine, including through the involvement of criminals: both our local ones and those brought from Russia. Everything will do, from swindlers and small-minded petty thieves in the markets to unmotivated killings and bombings in crowded places. In general, their task is to sow chaos,” he said.

"If in 2015 Russia relied on the well-trained sabotage groups that were sent to our territory, laid caches of weapons and prepared acts of terrorism, now the strategy has changed. Today, they count on criminals, on the people who have criminal pasts and almost no future who, for a small fee, are ready to kill and wreak havoc,” Naida says.

At the same time, he assured, "The situation is under control of our special services, including counter-intelligence, and we will not allow the enemy to implement their plans. As you can see, enemy sabotage activity has been suppressed."

According to the head of the SBU counterintelligence, the projects of the "people's republics" are of little interest to Russia now. "Today it is not their priority, at least for the next few months. But I can’t forecast further.”

"The situation in the regions is controlled quite well by us and, in the first place, by the police, so they are not able to sow chaos. And within a stable situation, any statements about the establishment of new "republics" are meaningless,” he said.

"If there is a situation when we cannot cope, and the level of criminal activity exceeds the limit, the projects of "republics" quite possibly may be returned and actualized. It is necessary to understand this fact and be ready to counter it. In the meantime, all the possible origins of aggression have been determined, "activists" of such republics, who are Russian agents are neutralized. Some are thwarted, others are either arrested or are under investigation,” Naida added.

Being asked whether he was aware of any Kremlin’s agents in the Ukrainian politics and of their number, he replied, "I will act the way any representative of the British counterintelligence would act and just say nothing."

In spite of that, Naida confirmed that there had been employees working in the interests of the Kremlin in the SBU of the past years. Still, he did not agree that there was a "wide network of agents."

"The leadership was pro-Russian; it is true but the final plan and the general ideology were not reported downwards from the top to the ordinary employees. For example, in 2014, when I returned to the SBU building, the leadership offices and the safes in them were opened. No one was there and all the documentation was destroyed. At the same time, ordinary employees of the SBU remained in their seats, waiting for orders,” Naida said.

"Yes, purges of the staff took place, and the SBU management reports about them, both to the supreme leadership of the country and to the public. Checks are held and measures are taken upon each slightest suspicion,” he added.