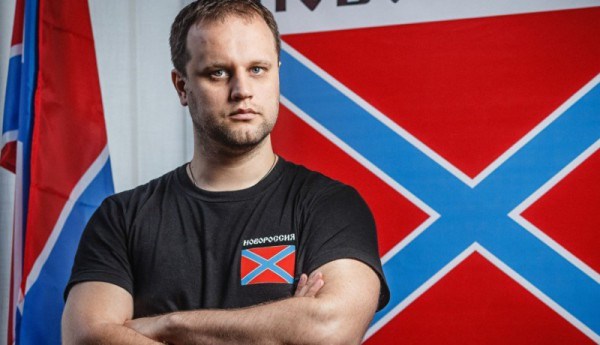 Pavel Gubarev, the head of the People's Militia of the Donbas, the leader of the Novorossiya (New Russia) Party and the former "People's Governor" of the Donetsk region, said the anti-government uprising in the southeast of Ukraine in 2014 was organized by external forces. In an interview with the local newspaper, he said that without such aid it would be impossible to effect a leadership change in other cities of Ukraine, Rosbalt reported.

Responding to a question about whether the repetition of the events in Donetsk is possible in Odessa, Gubarev said "Both here and there, we cannot rely on the regional, municipal elites. We conducted an analysis and concluded that we cannot rely on the elite of the occupied Novorossiya. It will not work. We are expecting to receive support from the population and attract the organizing power from outside. That's how we did it: first Igor Bezler (the former commander of the militia in Gorlovka, Ukrainian citizen - Ed.) came, then Igor Strelkov (the former head of the Ministry of Defense of DPR, Russian citizen - Ed.). Therefore, I think that first of all we need to rely on the same veche (gathering of community members in medieval Slavic countries – Ed.) democracy, the opinion of the masses, which will have to go out on the streets.”

Gubarev went on to say that it would be necessary to provide organized leadership for the people. However, since the leaders and organizers are in prison he also stressed that the only way to find that leadership will be to look outside of the region, to get it from “external forces.”

In an interview Gubarev criticized the pro-Russian commander, Alexander Khodakovsky. He said that Khodakovsky was trying to "strangle" the protest in the Donbas from the very beginning, and participated in the arrest of Gubarev himself on March 6th, 2014.