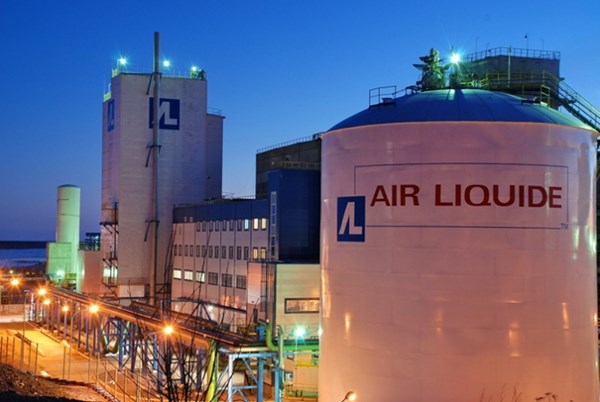 Air Liquide, a French joint-stock company that is a world leader in the industrial gases market, announced that it is closing its operations in the separatist-held territory of the Donetsk region. The company announced the closure of its subsidiary, “Air Liquide Yenakiieve”, in company statement.

The shutdown was due to the decision of the DPR (Donetsk People’s Republic) to introduce new interim administrations to Ukrainian enterprises in the territory.
"Following the recent decisions of the self-proclaimed DPR (Donetsk People's Republic) regarding the establishment of its administrative control over some Ukrainian companies (including ''Air Liquide Yenakiieve") that are operating in the Donbas, Air Liquide is no longer able to further continue its regular activity in this region," the company said in the statement.

The statement stressed that the company’s priorities are employee safety and compliance with existing international and Ukrainian laws.
The separatists have introduced “external management” for enterprises located in territories under their control that are located within Ukrainian jurisdiction. The Ukrainian Security Service said that separatists are planning to transfer the "nationalized non-resident enterprises" on the occupied territories of the Donbas to the owner of the "East European Fuel-Energy Company" (VETEK), Sergey Kurchenko.

As previously reported, the French company «Air Liquide» has invested 100 million Euro in the construction of an air-distribution facility at Yenakiieve Steel Plant.