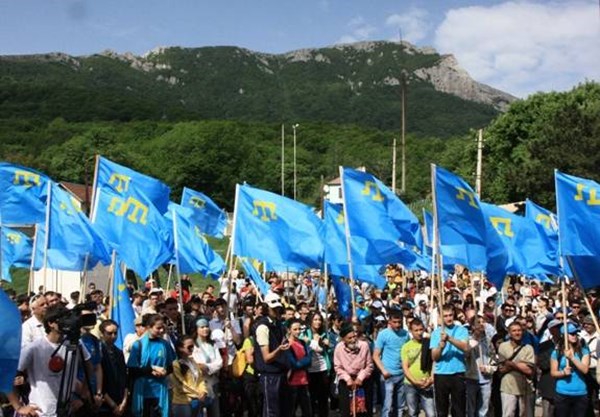 "The decision on the qualification of the Mejlis as an extremist organization may result in criminal prosecution not only of the Crimean Tatars, who participate in its work, but also of all supporters of the Mejlis as a whole", the statement of the International Organization reports.

"The decision to ban the Mejlis, on suspicion of the "extremist activity", can open the way for a massive wave of persecution of the Crimean Tatars for whom the Mejlis is a symbol of the struggle against the long period of repression," the FIDH President, Karim Lahidji, said.

The statement of the International Human Rights Organization reported that after the annexation of Crimea, the leaders of the Crimean Tatar community were prosecuted on politically motivated charges.  Hundreds of Crimean Tatars fled because they were "in opposition to the forced imposition of the Russian nationality".

Human rights defenders also reminded that it is widely known that, after the so-called referendum on the 18th of March 2014, citizens of Ukraine on the Crimean Peninsula were forced to abandon Ukrainian citizenship and apply for Russian passports.

The Russian Prosecutor of Crimea, Natalia Polonskaya, has appealed to the court demanding to ban the Mejlis of the Crimean Tatar people and to recognize them as extremist.  The court is the Kremlin-controlled Supreme Court of Crimea in Simferopol.

An Executive of the Crimean Tatars stated that the submitted application contains many legal inconsistencies and the appearance of this lawsuit is politically motivated.

The Crimean Human Rights group has appealed to the international organizations with a statement on the inadmissibility of the ban of the Mejlis of the Crimean Tatar People in Crimea.

The European Union has already expressed concern about the intention to ban the activities of the Mejlis of the Crimean Tatars.

After the annexation of Crimea by Russia in early 2014, the Russian authorities banned the leaders of the Crimean Tatars, Refat Chubarov and Mustafa Dzhemilev, from entering the peninsula for five years.