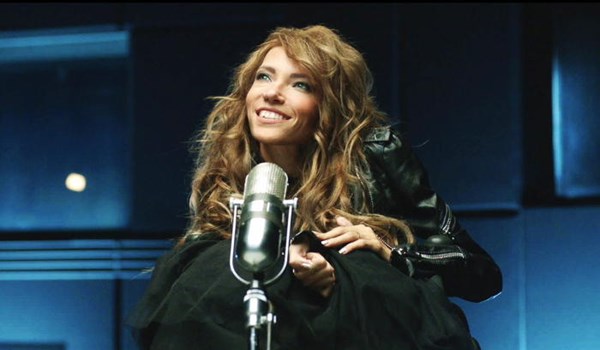 The Security Service of Ukraine (SBU) has banned Russian singer Yuliya Samoylova from entering the country for three years, although she was meant to represent Russia at the international competition “Eurovision” which will be held in Kyiv in 2017.

“The decision was made on the basis of information received about her violating Ukrainian legislation [entering the territory of the Crimea, which is temporarily not controlled by Kyiv, in violation of the procedure established by Ukraine, in 2015]” said SBU (Security Service of Ukraine) representative Olena Hitlyanska.

Russia is outraged by the SBU’s decision. The Russian Ministry of Foreign Affairs has called it “cynical and cruel”. Valentina Matviyenko, spokesperson of the Federation Council, considers it “completely absurd” that they saw “some kind of threat to the safety of Ukraine” in the singer with a disability. Federation Council member Frants Klintsevich said that Russia will boycott not only Eurovision in Kyiv, but also all subsequent contests, if the show organizers [the European Broadcasting Union (EBU)] do not stand up for the Russian participant. Later the press service of Russian Channel One said that Samoylova will still represent Russia at Eurovision, but in 2018 (if she does not make it to the competition this year).

The competition organizers are maintaining neutrality in this conflict. The EBU explained that it will be subject to Ukrainian law in the matter of Samoylova’s admission to participate in the competition. The EBU press-service emphasized that there has been dialogue with the Ukrainian authorities about who can attend the contest since June 2016. According to the organizers, originally they had an agreement with Kyiv that anyone wanting to attend “Eurovision” would be guaranteed safety, provided they themselves did not pose a threat to others.

Ukrainian political expert Taras Berezovets supports the SBU’s decision regarding Samoylova. He posted about this on his Facebook page.

“Kudos to SBU head Vasyl Hrytsak for the informed decision regarding the Russian Eurovision participant. The law has prevailed. Yulia Samoylova has been punished. So it will be with everyone who disregards the norms of Ukrainian and international law. Crimea is Ukraine,” Berezovets wrote.

He added that the same sanctions should also affect the Armenian singer Artsvik Harutyunyan, if the information about her illegal visit to the uncontrolled Crimea is confirmed.

Samoylova herself does not understand why she has been banned from visiting Ukraine, and believes that everything can still be made right.

“By and large, I’m not upset, I’m still practicing. For some reason I think the situation will change,” the singer said. It appears that she does not understand the reasons why the SBU has blocked her from entering Ukraine.