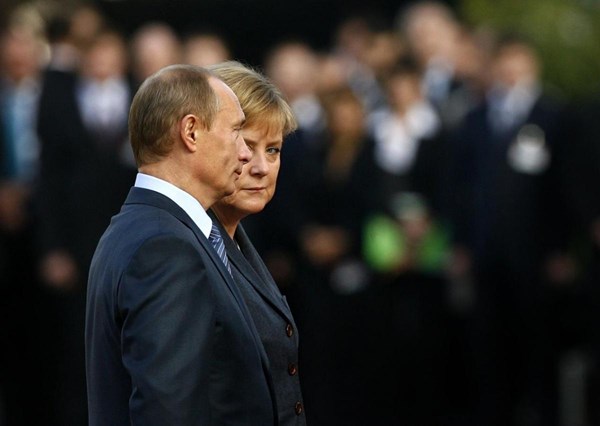 The German intelligence service, BND, is checking whether Russia is using the old KGB methods in order to weaken the position of Angela Merkel. The investigation is being conducted on behalf of the German government.

BND and the Federal Office for the Protection of the Constitution, on behalf of the German government, are investigating whether Russia has resorted to the methods of the Soviet KGB, aiming to influence political debate and public opinion in Germany. The investigation is about the methods of disinformation, which during the Cold War were called "active measures". This was reported by the newspaper, Süddeutsche Zeitung, as well as TV channels, WDR and NDR, on Thursday, February 18th.

Officially, the German government refused to comment on this post, but Süddeutsche Zeitung notes that the results of the investigation are being watched with great interest by the Office of the Federal Chancellor and, personally, Chancellor Angela Merkel, as well as the entire foreign policy apparatus in Berlin.

According to the newspaper, since October of last year, the EU's foreign service publishes weekly reports on Russian disinformation. In recent weeks, there have been more indications that Russia is purposely trying to influence Germany. In particular, Eastern European governments claim that Moscow is using state media to sow discord among Europeans.

Now, however, the question is broader. Are often grotesque exaggerations by the Russian state-owned media, such as a comparison of New Year's Eve events in Cologne with "Kristallnacht" of the era of National Socialism, an attempt to weaken the Federal Chancellor? "We want to know whether or not there is some concept behind all of this," one of the sources close to the investigation said.

According to the experts, the question here is not about the individual "events", but about the systematic destabilization of Germany, which is considered to be a pillar of strength for Western society. "If someone wants to create a new system in Europe, he must first take on Germany and its Chancellor," a senior German official said.