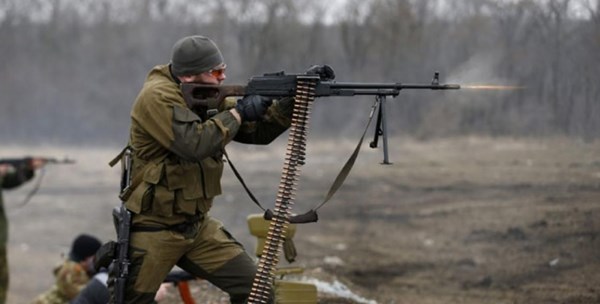 The Ukrainian ATO press center has reported on its Facebook page that militants shelled Ukrainian Forces in the Donetsk region 18 times. The press center noted that militants are increasingly using weaponry prohibited by the Minsk Agreements. According to the report, militants launched attacks from tanks, armoured infantry vehicles and heavy machine guns on a Ukrainian team site in the Nevelskoye region.

They also shelled Ukrainian Forces near Luganskoye from anti-tank mounted grenade launchers and heavy machine guns. Ukrainian Forces were subjected to indirect fire attacks from 82-mm mortar shells in Zaytsevo. Moreover, it was mentioned in the report that pro-Russian rebels carried out armed provocations in the Pisky, Opytnoye, Avdeevka, Novgorodskoye, Mayorsk and Luganskoye regions.

“Mostly militants use small arms but from time to time there are shots from heavy machine guns and grenade launchers of different types,” the ATO press center added. According to the report, it was calm in Lugansk and Mariupol. The ATO press center has not provided information on the number of injuries or fatalities resulting from these attacks.