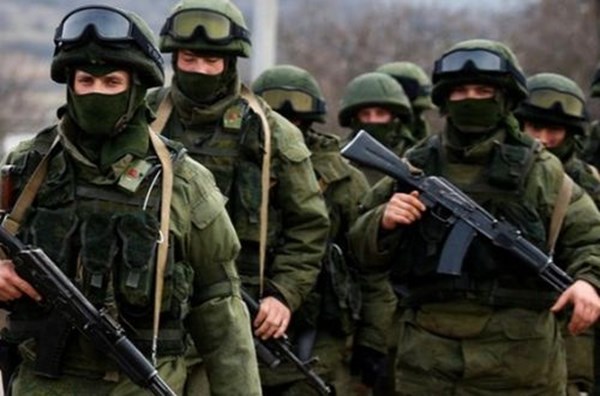 There are constantly 36,000 Russian mercenaries in the Donbas on a rotational basis, with weapons and equipment. Of them, 2900 are regular soldiers of the Russian Armed Forces (RAF),Ukrayinska Pravda reported with reference to the Crisis Media Center.

As of July 2017, in Eastern Ukraine there were soldiers of the 331st Guards Airborne Regiment, the 20th Motor Rifle Brigade (Volgograd), and the 7th Air Assault Brigade from Novorossiysk in Krasnodar Krai.

Lyubov Tsybulskaya, advisor to General Staff Chief Viktor Muzhenko, notes that one aspect of the hybrid nature of this war is the fact that Russia is creating new military divisions in the Donbas territory.

“These are the 1st and 2nd army corps, with a total staff of 36,300 people, who are directly subordinate to the RAF’s Southern Military District territorial forces center. The governing bodies of these corps are completely integrated in the Southern Military District’s general governance system, they are elements of it, created according to Russian standards,” Tsybulskaya explained.

These corps contain Russians and mercenaries of other nationalities, as well as local residents.

“The primary command positions of the 1st and 2nd corps of the territorial forces center are held by regular officers of the Russian Army. During the first half of 2017, the command staff of the corps were rotated. Notably, about 500 high ranking and senior officers from virtually all the military districts of the Russian Armed Forces arrived to carry out the tasks of only one army corps. In May there was another rotation of the tactical level officer staff (company/battery-battalion/division),” Tsybulskaya observes.

Ivanna Klympush-Tsintsadze, Vice Prime Minister for European and Euro-Atlantic Integration, notes that this infographic illustrates Russia’s massive hypocrisy when it denies its presence in Eastern Ukraine.

“Into the fourth year of killing Ukrainians, Moscow is sending its own citizens to their deaths too… The Russians bury their own dead in this war in nameless graves, so that even the dead cannot remind them of the Kremlin’s crimes,” Klympush-Tsintsadze says, observing that Russia will have to give an account for these crimes.

According to the Crisis Media Center, the Armed Forces of Ukraine have lost 2309 soldiers since the start of the conflict in eastern Ukraine (as of 31 July 2017). A further 8208 soldiers have been wounded.

In 2017 between January and August, 142 Ukrainian soldiers have died and 1001 have been wounded. In addition, more than 8000 civilians have been killed during three years of Russian aggression in the Donbas.

Russia spends $6 billion annually on the military campaign in the Donbas.