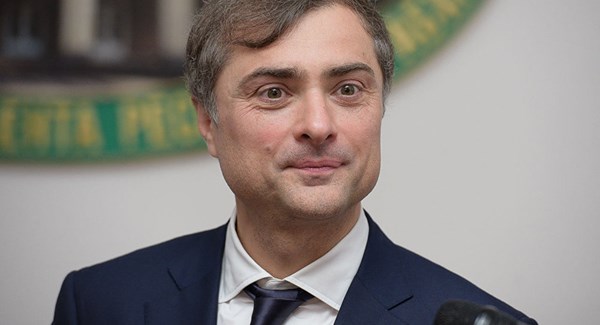 Since January 2018, there has been hardly any Ukraine-related work in the Russian government and it completely stopped after Volodymyr Zelensky became the President of Ukraine, reports the news outlet Meduza.

According to the source of the publication, who worked together with Putin’s aide Vladislav Surkov, Surkov and his team stopped work with the leaders of public opinion and the elite in Ukraine. They stopped forming an ideology, engaging in projects on federalization and destabilization of Ukraine, protection of the Russian language, church issues.

It is noted that everything was "not so smooth" in the so-called Donetsk and Luhansk People’s Republics as there were people like Sergey Kurchenko and Viktor Medvedchuk. Surkov and the team were not involved in the prisoner exchanges between Russian and Ukraine.

According to the Meduza’s interlocutor, the candidacy of the new president of Ukraine has caused controversy in the Russian governemnt. Surkov was sure that Yulia Tymoshenko would win the election, and Medvedchuk bet on Yuriy Boyko. The source stressed that long before the elections Surkov had an opportunity to meet with Zelensky and Igor Kolomoisky, which he did not use. The source specified that Zelensky did not see Surkov as a reliable negotiator.

A source close to the leadership of the Russian State Duma said that Surkov did not have a decisive voice regarding the situation in the Donbass. He could not personally give instructions to the "republics", some issues were dealt within the Russian Foreign Ministry, some were solved at the level of business contacts.

A source close to Surkov said that "there would not have been such a mess" in DPR and LPR if the Russian president's adviser had had full control over these territories.

On January 25, the Director of the Center for Current Policy, Alexey Chesnakov said that Russian President’s aide Vladislav Surkov, who was responsible for Ukraine, left the civil service "due to the change of course in Ukrainian direction."

Dmitry Peskov, a spokesman for the Russian president, commented on Surkov's resignation, noting that there had been no official decree yet.