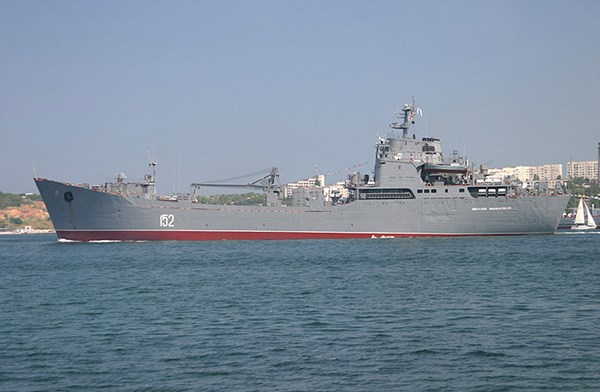 Turkish media reports that the ship went through the Bosporus and is heading towards the Syrian port Tartus, where a Russian Navy logistics base is located.

The Turkish media published the photos of the ship which was accompanied by s Turkish coast guard boat. Observers concluded that it was carrying a heavy load.

On November 8th, a large landing ship of the Russian Navy Orsk arrived in Tartus, and on November 6th, the Admiral Makarov frigate equipped with Caliber cruise missiles.

According to media reports, the ships are involved in an operation called Syrian Express to deliver cargo for the Russian air group at the Khmeimim air base near Latakia, the materials and technical support for the Navy in Tartus and the Syrian government army.