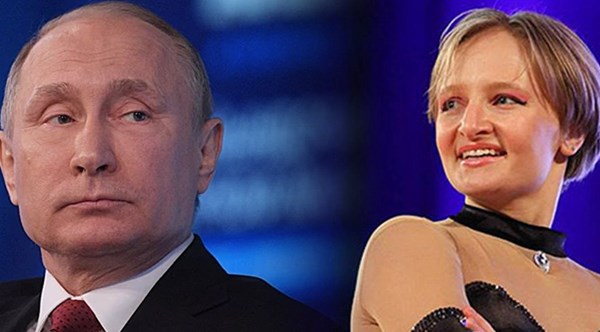 The daughter of Russian President Vladimir Putin, Ekaterina Tikhonova, has been regularly flying to Germany. She has been accompanied by the presidential guards, reports the investigative project The Important Stories and Der Spiegel.

Journalists gained access to the email archive of Alexei Skripchak, one of the employees of the Russian Presidential Security Service, who was assigned to Tikhonova. It showed that Tikhonova flew to Germany to see her lover, ballet dancer Igor Zelensky, who in 2017 became the father of her daughter.

Since 2017, Tikhonova has flown to Zelensky dozens of times, sometimes at only a few days intervals. Tikhonova was accompanied by her guards. As a rule, they arrived in groups of seven to 10 people and settled in the Hotel an der Oper, which is located on the next street from the Bavarian Ballet.

In the spring of 2018, a group of Russian Presidential Security officers lived for a month in various Munich hotels, while Tikhonova and her daughter were in the city. Almost two million rubles ($33,168) were paid for accommodation.

In total, from January 2016 to January 2021, Skripchak made 100 hotel reservations for Tikhonova’s guards. Only 30 of these reservations were in Russia. More than 40 were in Germany. Other popular destinations were Austria and Italy.

Tikhonova flew to Germany by Aeroflot, but also often used expensive business jets. During a trip to Munich in the spring of 2018, Tikhonova used a Gulfstream G650 aircraft with tail number LX-SIX. This business jet used to belong to Putin's friend Gennady Timchenko.

A Bombardier aircraft with the tail number M-FINE was also used. It belongs to the offshore company of entrepreneur Alexei Repik, the founder of a pharmaceutical holding, which is one of the largest recipients of state contracts for the supply of medicines in Russia.

The cost of an hour of leasing such business jets is about seven to ten thousand euros. Thus, one flight to Munich and back could cost about 40 thousand euros. It is unknown who paid for Tikhonova's flights.