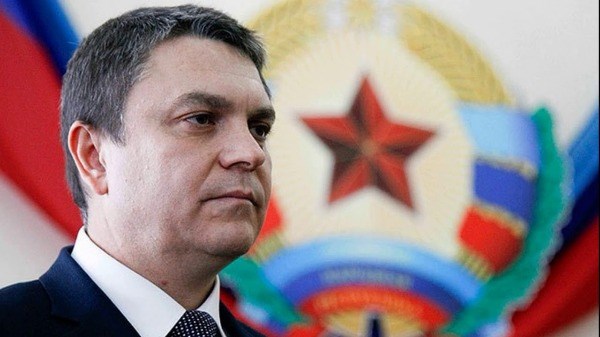 The leader of the so-called Luhansk People’s Republic (LPR) Leonid Pasechnik may soon leave his post, reported the separatist Telegram channel "Secrets of the Luhansk Republic" with reference to informed sources.

The channel admitted that Pasechnik has no power in LPR. Because of this, he wants to leave Luhansk. However, according to the Telegram channel, Moscow has been refusing to give him permission.

"Pasechnik has been trying unsuccessfully for two years to leave the post of the head of the "Republic" because he does not want to feel like an object which has no influence on anything in the Republic. And in December, the bosses eventually promised Pasechnik that he would be released," the source said.

Pasechnik has allegedly told his entourage about the imminent resignation. However, before that he will have to survive the inspection of Russian overseers.

The channel noted that various forces in LPR have already begun to "drown" Pasechnik, who, as they believe, will soon leave the "Republic". His influence in LPR today is zero.

It is not yet known who will take Pasechnik's place.

Rumors about Pasechnik's imminent departure have been circulating for years. However, they have never materialized.

Russia will face a number of difficulties while replacing the LPR leader and is risking losing control of the territory. It is unlikely that Pasechnik will be released so easily.