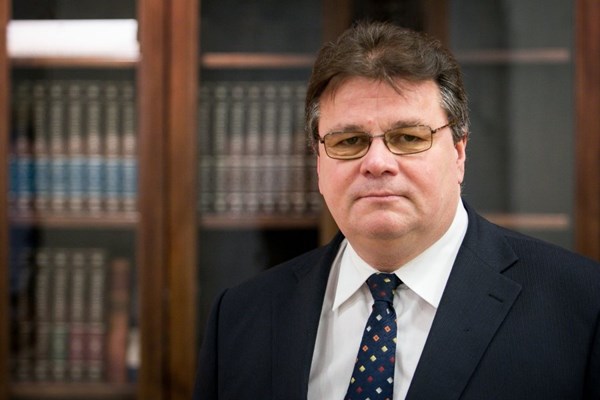 Lithuanian Foreign Minister Linas Linkevicius believes that the obstacle to Ukraine's accession to NATO is not only the conflict in the Donbas, but also the Russian annexation of Crimea.

"Of course, the current situation, the war with Russia, is not playing in your favor. NATO's rules are such that the Alliance will not invite a state on whose borders there is a war, regardless of who is the aggressor and who is the victim," Linkevicius said in an interview with Evropeyskaya Pravda.

According to him, first of all the obstacle to Ukraine's accession to the Alliance will be the conflict in the Donbas. However, he later added that the Crimean issue could also become a problem.

To the clarifying question whether Ukraine should solve the Crimean issue before joining NATO, Linkevicius answered in the affirmative.

"Of course, before membership. But the invitation to membership will not come quickly, believe me. Ukraine also needs to understand this. It took Lithuania 10 years... It is better to continue reforms. And changes should be not only in the military sphere, but also in the economy, in the issue of democratic freedoms. NATO is not just about the army. NATO's criteria are largely the same as those needed for rapprochement with the EU," the Lithuanian Foreign Minister said.