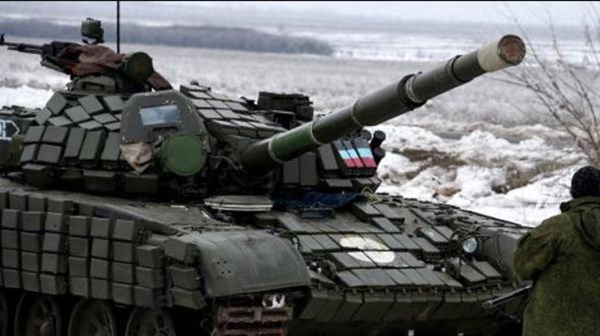 In Recent weeks Russia has been strengthening militants in the Donbas and is actively recruiting mercenaries who, after undergoing intensive training, are sent to the unrecognized Donetsk and Luhansk "people's republics" (DPR and LPR), said the Main Intelligence Directorate of the Ukrainian Defense Ministry.

“Since the beginning of January, Russia has secretly delivered to DPR and LPR by rail and road transport more than 7,000 tons of fuel, several  tanks and units of self-propelled artillery, other weapons and ammunition, including ammunition for artillery systems and mortars. Russia has also established in its territory a network of recruitment centers for mercenaries who are sent the Donbas,” the statement of the the Main Intelligence Directorate reads.

At the same time, the authorities if the breakaway republics claim that Ukraine has transferred eight Smerch and Uragan multiple rocket launcher systems to the Donbas. The DPR said that Kyiv is preparing to "unleash active hostilities" in the region, and the Ukrainian army is preparing "sabotage acts near the demarcation line."

Russia has amassed more than 100,000 troops on the border of Ukraine. The West believes that Moscow intends to invade Ukraine and has threatened Russia with unprecedented sanctions in the event of such an invasion. The Kremlin denies preparing for war and, for its part, demands that NATO provide guarantees that Ukraine will not be accepted into the Alliance. NATO and the U.S. consider Moscow's demand unacceptable.