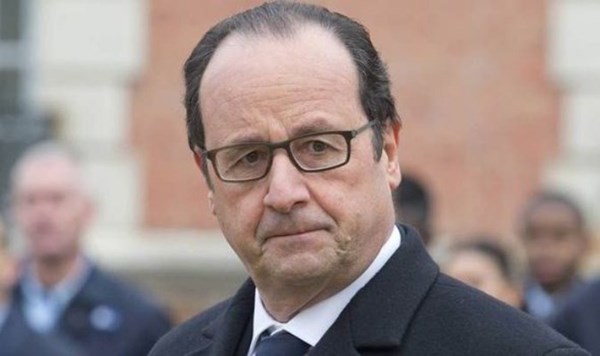 During the Normandy Format talks in Minsk in February 2015, Russian President Vladimir Putin threatened to “crush” the Ukrainian troops. This is mentioned in a memoir by former French president François Hollande titled “Lessons of Power”.

“Poroshenko and Putin constantly raised their voices with each other. The Russian president was so worked up, that he started threatening to decisively crush his counterpart’s forces. This showed that there are Russian troops in eastern Ukraine. Putin suddenly realized, and got a grip on himself,” excerpt from the book reads.

Hollande notes that Poroshenko defended Ukraine’s sovereignty, whereas the head of the Kremlin sought autonomy for the “insurgent provinces” and wanted to delay the ceasefire for another three weeks. “He was so inflexible that he denied his direct connection to the separatist ringleaders, saying that he could not decide for them, demanding that they had to be consulted,” Hollande writes.

The politician recalls that negotiations proceeded extremely slowly and with a large number of disagreements.

“At seven in the morning after a sleepless night, Putin continued to cling to putting the ceasefire on hold. In order to achieve a result, we argued by means of anti-Russian sanctions, which have already been declared. He pretended not to understand or not to hear what we were saying. In the end, we agreed that the ceasefire would begin in four days, followed by the withdrawal of heavy weapons and a prisoner exchange. The provinces’ autonomy was rejected. Suddenly Putin said that he needed to consult with the separatist leaders. Their emissaries were in Minsk too. Where exactly? In some hotel or in an office neighboring ours? At least we didn’t see them,” the former French president writes.