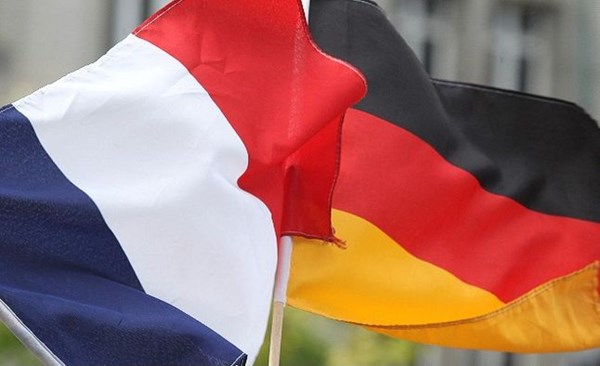 In the joint statement, Germany and France "reaffirmed their firm support for the independence, sovereignty and territorial integrity of Ukraine."

Both ministers called on the Kremlin to exercise restraint and be transparent about its military activities as Russia continues to move its troops and military equipment closer to the Ukrainian border, “Any further attempt to undermine Ukraine's territorial integrity will have serious consequences," the statement reads.

At the same time, the ministers called on Ukraine to maintain restraint. They noted that in the spring of 2021, Ukraine made a significant contribution to de-escalate  tensions, despite the aggressive Russian rhetoric and lack of transparency from the Kremlin its international obligations.

"We expressed concern about the deteriorating security situation in the Donbas. We called on Ukraine to continue the full implementation of the Minsk agreements and continue its participation in the negotiations in the Normandy format. We remain committed to achieving a settlement of the conflict on the basis of the Minsk agreements. We regret Russia's new refusal to hold a meeting at the level of foreign ministers in the Normandy format and reaffirm our readiness for a constructive and meaningful meeting and discussions. We once again call on Russia to do the same to achieve a lasting peace in the Donbas," the statement reads.

Germany, France and Ukraine will continue to exchange and closely coordinate their activities on all issues of common interest and concern.

Earlier, French President Emmanuel Macron during a telephone conversation with Russian President Vladimir Putin said that France is ready to protect the territorial integrity of Ukraine.

On November 12, during a meeting of the foreign and defense ministers of Russia and France, Russian representatives were warned about serious consequences in the event of a new aggression against Ukraine.