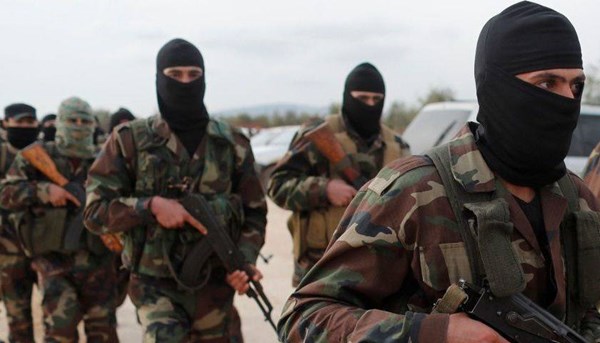 Ruslan Horbik, a former Berkut officer who is wanted for sniper killings during Euromaidan, may have been killed in Syria while working for the Private Military Company (PMC) Wagner. The Ukrainian authorities are currently investigating this possibility, Hromadske reports.

Horbik fled from Ukraine to Russia at the end of February 2014, and obtained Russian citizenship in 2015. His mother, Nadezhda, said that he first worked in Russia as a masseur, and later got a job in the police. In February 2018, his family was informed that he had been killed, but they were not told under what circumstances this had happened. His body was brought into Ukraine from Russia, and he was buried in his native village of Luchynets in the Vinnytsia province.

After Ruslan Horbik’s death, investigators from the Prosecutor General’s Office of Ukraine received information from Vinnytsia residents that the former Berkut officer may have died in Syria during a PMC Wagner operation.

The military company’s mercenaries reportedly fought for the separatists in the Donbas, and later took part in the war in Syria, a theory which is currently being investigated. Horbik’s relatives claim they were completely unaware of his service as a mercenary, saying that Ruslan was very reserved in his communication, and only denied responsibility for the Euromaidan shootings.

According to one of Horbik’s former classmates, Artur Matiek, a “Berkut trainer” helped Horbik to leave the country.

26 former Berkut officers from the so-called Black Company are wanted for perpetrating the shootings during Euromaidan. Only five of them have been convicted – Serhiy Tamtura, Oleksandr Marinchenko, Pavlo Abroskin, Serhiy Zinchenko and Oleh Yanishevskyi.

The company’s commander, Dmitry Sadovnik, fled to Russia in autumn 2014 along with 20 other Berkut officers. 16 of them are in Russia, 4 in annexed Crimea. Some of them have obtained Russian citizenship, others are refugees. Russia has rejected a request from Ukraine to extradite them.