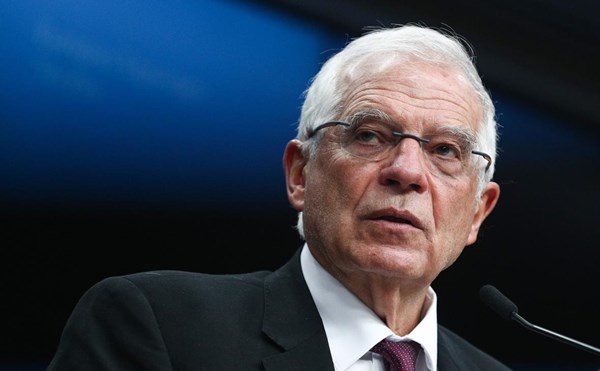 On Wednesday, January 5, High Representative of the EU for Foreign Affairs and Security Policy Josep Borrell visited the demarcation line in the Donbas, making a statement about the buildup of Russian troops near the Ukrainian borders.

"Now the conflict is on the brink. tensions are growing now even with regard to European security. Russia is amassing troops and weapons along the Ukrainian border in an unusual way," Borrel said.

Borrell noted that during the first meeting of the presidents of the United States and Russia in Geneva, it seemed that they were establishing lines of communication, but now the world is watching the build-up of Russian troops, as well as the demands for "security guarantees."

"We are now seeing not only an unusual build-up of troops along the Ukrainian border, but also two proposed agreements were presented in which Russia talks about security in Europe. But we no longer live in the days of Yalta. Establishing spheres of influence is no longer a question of 2021-2022. Security in Europe and security in Ukraine, because Ukraine is part of Europe, is something that primarily concerns Ukrainians and Europeans," Borrell told media in the Luhansk region on Wednesday.

According to him, he is in Ukraine primarily to emphasize once again the EU's full support for the independence, sovereignty, territorial integrity of Ukraine, as well as to work together to de-escalate the conflict. The main goal is to reduce tensions around Ukraine.

"Our main goal is to reduce tensions. This should happen both during the negotiations and through firm statements regarding support for Ukraine. Any military aggression against Ukraine will have large-scale consequences and a huge price," he added.

He stressed that the EU is coordinating with NATO and other like-minded partners measures for de-escalation and full implementation of the Minsk agreements.

Borrell said that there is no security in Europe without the security of Ukraine.

"There is no security in Europe without the security of Ukraine. It is clear that any discussions about European security must include the EU and Ukraine. First of all, any discussions about Ukraine should include Ukraine. It is impossible to talk about security in Europe without consultations and the participation of Europeans. Therefore, we are in strong coordination with the United States, NATO and other like-minded countries, and this explains, in addition to the desire to express our support for Ukraine, my presence here today," Borrel added.