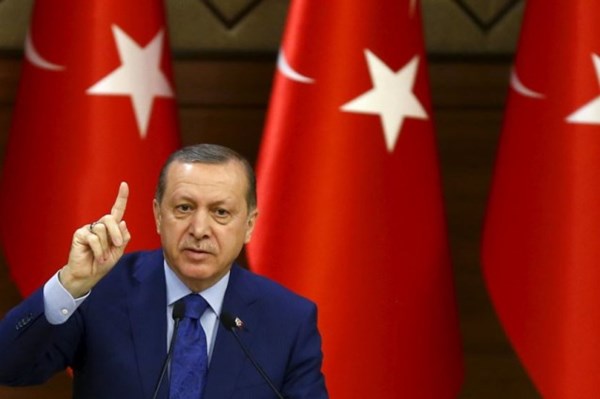 In a conversation over the phone, Russian President Vladimir Putin and his Turkish counterpart Recep Tayyip Erdogan discussed the escalating tensions in the city of Idlib in northwestern Syria. During the call, Erdogan stressed that countering terrorism cannot justify attacks on civilians, schools and hospitals, said Fahrettin Altun, director of the Turkish presidential administration’s communication department.

Erdogan also expressed concern that ceasefire violations in the de-escalation zone had reached alarming proportions in the last two weeks. He accused Syrian President Bashar Assad of sabotaging Turkish-Russian agreements on Syria with his actions in Idlib.

According to the Kremlin, both sides stressed the importance of further coordinating Russian and Turkish efforts on resolving the Syrian crisis, collaborating between the Ministries of Defense in both countries.

In September 2018, at a meeting in Sochi, the leaders of Russia and Turkey agreed to create a demilitarized zone in the Syrian province of Idlib. The agreement envisioned the withdrawal of the armed oppositionists to Bashar al-Assad’s regime as well as the heavy weapons located in an area 15-20 kilometers wide before October 15. Although the agreement was never fully implemented, at first it was able to counter further government troop offensives.

On May 13, the day of Putin and Erdogan’s conversation, Russian bombers attacked militants in the province of Latakia bordering Idlib.

According to the London-based Syrian Observatory for Human Rights, in the evening of May 13, the terrorist coalition Tahrir al-Sham and its allies launched a counter-offensive resulting in fierce fighting.