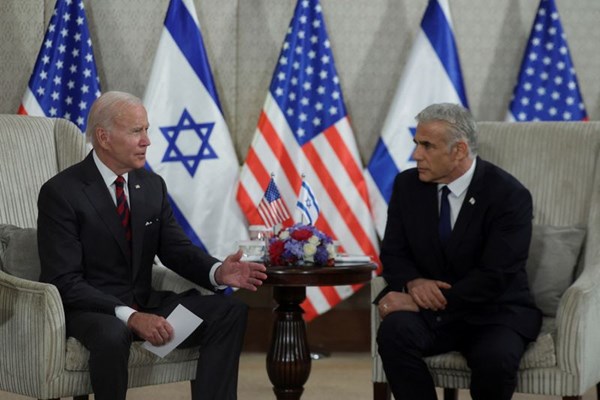 According to journalists, the United States and Israel cannot reach an agreement on the supply of weapons to Ukraine. Earlier, Washington repeatedly appealed to Jerusalem, but the request was denied.

Ukraine has asked Israel several times since the beginning of the Russian invasion to sell Israeli anti-drone electronic systems. Before the war, Israel had already agreed to sell such systems to Ukraine, but froze its export license after the Russian invasion.
The United States has repeatedly asked Israel to expand its military assistance to Ukraine but each time the request was denied. Israel has also rejected a US request to allow Germany to supply Ukraine with anti-tank missiles manufactured in Germany using Israeli technology and license.

The day before the visit of the American President, Israel sent to Ukraine a shipment of helmets and body armor. However, this equipment does not have a sufficient degree of protection and is not intended for combat operations.

For the first time since the beginning of his presidency, U.S. President  Joe Biden went on a tour of the Middle East countries. According to media reports, during his trip, among other things, the US President will look for Soviet-made weapons for Ukraine.