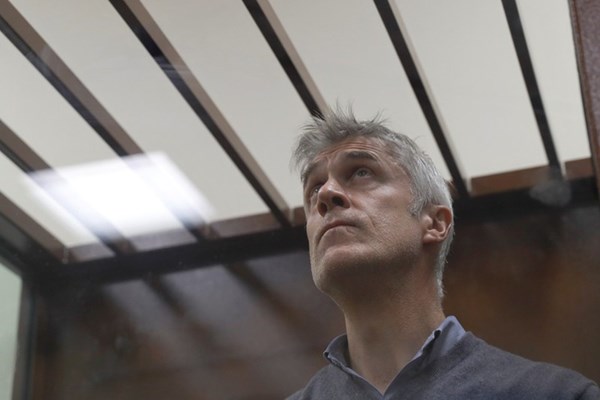 In an open letter published on its website, Baring Vostok has asked Russian President Vladimir Putin to personally take control of the embezzlement case against the fund’s founder, Michael Calvey, and other fund members.

“In order to ensure a comprehensive, independent and objective investigation of this criminal case, we hereby ask that you take personal control of the criminal case that has been initiated against M. J. Calvey, V. L. Abgaryan, I. N. Zyuzin, P. Delpal, M. S. Vladimirov A. S ,” the letter states.

Baring Vostok emphasizes that the open letter addressed to the president was published in response to a “large number of requests” from the fund’s friends and partners.

The letter specifies that “Russian courts and law enforcement authorities in recent years have reduced the use of imprisonment as a form of pre-trial detention for cases related to commercial activities.”

This practice has “helped eliminate the possibility of putting undue pressure on a business partner as part of a business conflict.”

“Despite these legal requirements, the individuals listed above have been imprisoned during the pre-trial period,” the letter notes.

As reported previously, Calvey organized a scheme in which a 2.5 billion ruble ($38 million) loan from Vostochny Bank to the First Collection Bureau (FCB) was paid off using shares. Calvey has been accused of deceiving the bank’s board of directors about the value of the shares, which have been evaluated at 600,000 rubles instead of the quoted 2.5 billion. If this is correct, then Calvey effectively embezzled 1.9 billion rubles from the bank.

Baring Vostok is one of the oldest investment funds operating in Russia and other CIS countries. Since 1994, the fund has invested more than $2.4 billion in projects in financial services, the oil and gas sector, telecommunications, media the consumer sector. The firm holds shares in Avito, Ozon, ER-Telecom, 1C, Vostochny Bank, Novomet and other companies.