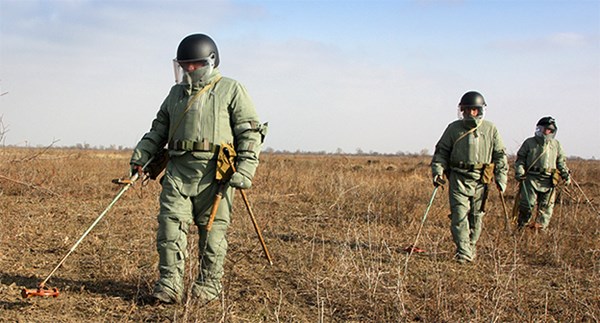 The UK urges the Verkhovna Rada of Ukraine to urgently make amendments to the new law on demining, and to allow donors to directly fund the organizations that carry out mine clearance activity, British Ambassador to Ukraine Judith Gough wrote in a blog post on Ukrayinska Pravda.

According to her, the international efforts to demine Ukraine could break down if the Verkhovna Rada does not quickly make amendments to the new law on demining.

“At the end of last year, the international community welcomed the passing of this law, but also expressed concern that the law excludes the possibility of the direct donor financing of our suppliers. Among other things, this means that now our money must go directly into the state budget, and we lose control and supervision of how the British taxpayers’ funds are spent. We have always said clearly that for us this is the ‘red line’, since as donors we simply cannot transfer money directly into the state budget of any country we are operating in,” Gough explained.

In recent months, the ambassadors of leading donor countries have asked Ukraine’s lawmakers to make an amendment that will “help to save Ukrainian lives”, the ambassador remarked.

“But so far our efforts have been futile. The United Kingdom is prepared to support the development of primary humanitarian demining organizations in accordance with this law, but only on condition of direct donor financing of the operators of the anti-mining activity. The attempts to make amendments have once again failed without clear explanations. And so one can only conjecture as to why,” the diplomat wrote.

“The thing is, if we do not manage to convince [Ukrainian parliament] to make amendments to this law over the next few weeks, the donors will be forced to make tough decisions. I will face the need to stop our humanitarian work, the goal of which is to save human lives. Many Ukrainians will lose jobs, and these are predominantly people from communities that live in conditions of constant danger from undetonated mines and ammunition. But if an amendment is made, we will not have to do this,” Gough added.

Since 2014, the Scottish organization Halo Trust has documented more than 1,900 accidents related to mines and other explosive objects. The organization currently employs more than 360 Ukrainians. Since 2016, Halo Trust employees have cleared 2.5 million square meters of land from mines and ammunition.