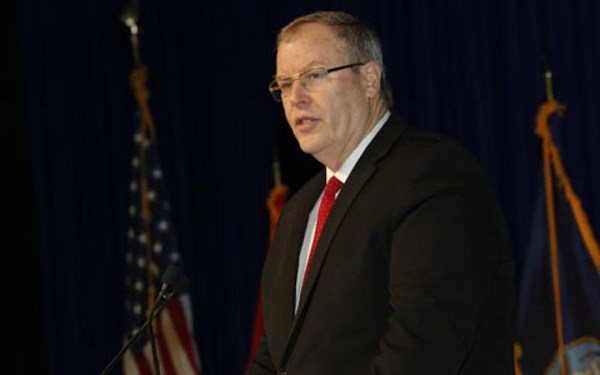 The United States Deputy Secretary of Defense, Robert Work, stated that Russia’s actions in Europe contribute to a changing international strategic landscape and represent a serious cause for concern. Europe and more generally NATO face different challenges in from all sides, Work noted. Russia is increasingly antagonistic and is gaining strength from the east, west and north, while terrorism and armed extremism are challenges from the south and from the inside.

“We are at a turning point in our strategic landscape. The next 25 years in terms of international security will be completely different from the last 25 years,” Work said. According to him, Russia is becoming increasingly revanchist and is strengthening and moving forward along the path of confrontation, aggression and coercion, Voice of America reported.

According to him, Russia brandishes nuclear weapons, expresses threats against NATO allies which are hosting Missile Defense Systems on their territory. Romania and Poland were the latest examples of this.

Work stated that the U.S.A. will have a full-fledged division in Europe by 2017. As he put it, the U.S.A. will use muscles that haven’t been used since the Cold War. The United States Deputy Secretary of Defense added that the U.S.A. considers it important to maintain the role of a deterrent force and to show its European allies that it will come to help them and respond to Russia if needed.

“Even now, when we are fighting with ISIS and other armed extremist groups, we should respond decisively to challenges from the east – challenges from Russia,” he noted. Work also pointed out the irresponsible behavior of Russia, including the dangerous and unprofessional maneuvers of Russian aircraft and vessels.