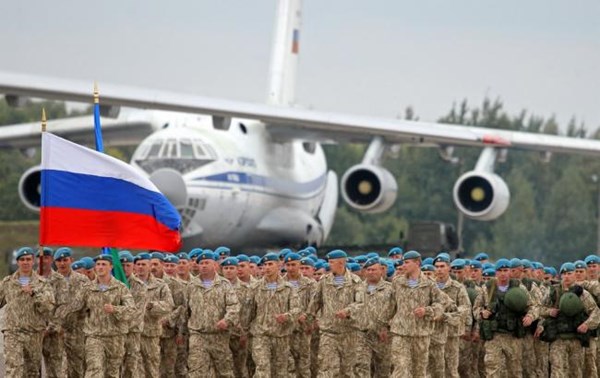 A Russian serviceman was killed in Syria on the first day of the Russian Aerospace Forces’ mission in Syria, which officially started on 30 September 2015, Radio Svoboda reports.

The date of 29-year-old Sergeant Edward Sokurov’s death was published on Friday on the official website of the Administration of Nalchik City, when he was awarded a posthumous Medal of Honor. This note was later removed, but it was after RIA Novosti cited it.

The text stated that Sokurov was an intelligence agent in a special forces unit, and served on a contractual basis in Syria. It is reported that he guarded Russian military pilots and helped to deliver humanitarian supplies and was killed “performing constitutional duty” on 1 October 2015.

It is not the first time that the deaths of Russian servicemen during the Syrian military campaign became known many months after. Information that Sergey Morozov, assistant to a member of the State Duma from the Liberal Democratic Party, Mikhail Degtyarev, was killed in Syria during combat operations in early March 2016, did not appear in the media until early November.

Russian authorities confirmed the death of 23 servicemen in Syria. On 27 October 2015, the Ministry of Defense reported for the first time about the death of a 19-year-old serviceman, Vadim Kostenko, who allegedly committed suicide three days earlier.