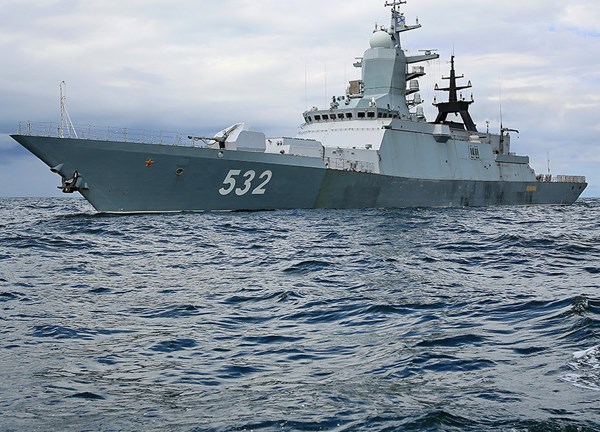 Latvia has detected a Russian navy corvette near its borders, Evropeyskaya Pravda reported.

The National Armed Forces of Latvia wrote on Twitter that “On 20 July, at a distance of 4.5 nautical miles from the border of Latvia, the Russian corvette ‘Boyikiy’ of the ‘Steregushchiy’ class was discovered.”

The presence of Russian ships near the territorial waters of the Baltic States has become increasingly common since the deterioration of relations between Moscow and the West following Russia’s annexation of the Crimea in 2014.

It has also become common for NATO fighters to escort Russian military aircraft over the Baltic Sea.

The Baltic States have repeatedly stated that presence of Russian military ships and aircraft near their borders is an attempt by Russia to demonstrate its power and test NATO’s responses.