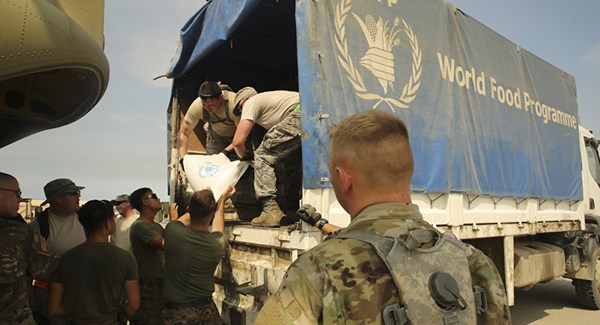 Within the framework of the UN World Food Program (WFP), the German and Italian governments in 2017 will allocate nearly 4 million euros to displaced persons from the Donbas, as reported by the press service of the UN WFP delegation in Ukraine.

“The World Food Program, the largest organization in the fight against hunger, during 2017 will continue the provision of food aid to 220,000 people who have been affected as a result of the conflict in Eastern Ukraine,” a statement said.

Additionally, in 2017 the WFP will continue to provide food packages to 70,000 of the most vulnerable residents.

The organization also noted that the WFP urgently needed more than 30 million dollars to provide people in Eastern Ukraine, affected as a result of the conflict, with necessary food aid until December 2017.

From November 2014, the WFP in Ukraine has provided assistance to internally displaced persons, people returning to their place of permeant residence and also resident of Eastern Ukraine, by giving them food packages designed to meet their monthly food requirements, as well as vouchers and cash transfers for the purchase of food supplies. More than 850,000 people are currently receiving this assistance.