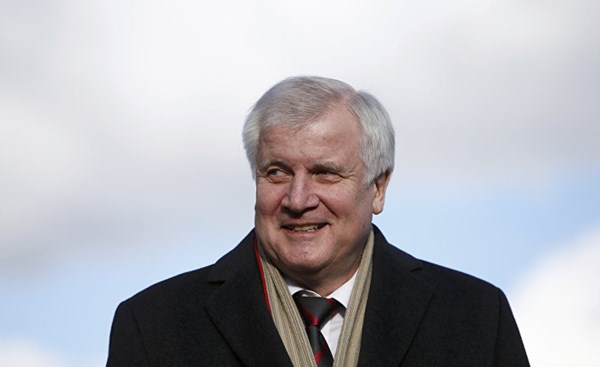 At a reception held by Russian President Valdimir Putin, Bavarian Minister-President Horst Seehofer said that he would make an effort to restore normal relations with Russia.  He had previously stated that the Bavarian economy is suffering due to sanctions placed against Russia.

Seehofer is also the head of the Christian Social Union party (CSU).  He viewed his visit to Moscow as a step towards achieving these normal relations with Russia.  “We wholeheartedly wish to contribute to the restoration of trust and normal relations in these difficult political circumstances.”  Seehofer said this on the 3rd of February at Putin's residence in Novo-Ogaryovo.  He also pointed out that Bavaria is experiencing global challenges such as the threat of terrorism, and a migration crisis.  “We are sure that all of this can only be resolved by working together,” Seehofer stressed.

However, when discussing the conflict in Ukraine, the Bavarian Prime Minister pointed out that Russia should also do its “homework.”

President Putin thanked Seehofer for his efforts to improve relations with Russia.  “We both carry a huge responsibility for supporting employment and for upholding cultural ties.  We recognize your attitude and your desire to do everything to aid the normalization of both Russian-European and Russian-German relations.  Of course, we are grateful for it,” Putin said.

As reported by Interfax, Putin then went on to mention the scale of trade and economic relations between the Russian Federation and the federal state of Bavaria.  According to Putin, 20% of Russian-German economic relations benefit Bavaria.  “There are 1600 enterprises here that are working with the participation of Bavaria.  These enterprises include electronics, mechanical engineering and construction businesses,” Putin continued.  Also according to Putin, 50% of the investment projects implemented by Germany in Russia are of “Bavarian origin”.

On the same day, the head of the Association of the Bavarian Economy, Bertram Brossardt, supported Seehofer’s visit to Moscow.  “The dialogue must not stop.  Russia is an important trading partner of ours,” he said.

While on his way to Moscow and immediately before the negotiations, Seehofer called for the easing of economic sanctions against the Russian Federation.  The plans of the Bavarian Minister-President have provoked sharp criticism in the ruling coalition of Germany.  Observers believe that Seehofer himself sees his visit to Moscow as more of a tool for solving domestic issues and for defending the interests of Bavaria.