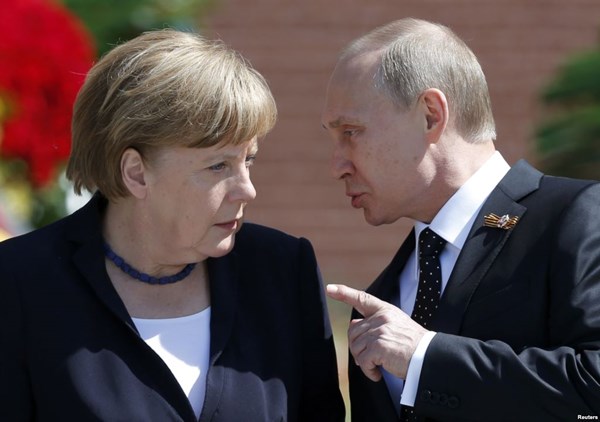 President Vladimir Putin is convinced that the lifting of sanctions against Russia is dependent upon German Chancellor, Angela Merkel.

This was reported by Deutsche Welle and was based on reports by German political scientist and an expert of the German Council on Foreign Relations, Stefan Meister.  Meister notes that Putin’s administration believes that Merkel has become the main obstacle to the lifting of these sanctions.

“According to Putin, the main problem is Merkel.  In the event that Merkel loses power through the refugee crisis, the EU seems to be no obstacle in the lifting of sanctions against Russia,” the expert stated.  He stressed that the current political processes in Germany, to a certain extent, are favorable towards the Kremlin.

“The Vice Chancellor and the Head of the Social Democrats, Sigmar Gabriel, has already made a number of relevant proposals to Putin during his private visit to Moscow in October 2015,” Meister said.

The publication also noted that the main future critic of Merkel’s refugee policy will be the Minister-President of Bavaria and the Head of the Christian Social Union (CSU), Horst Seehofer.

According to a representative of the CSU who is responsible for the party's Foreign Policy, Roderica Kiesewetter, the Russian media is inducing a feeling of fear based on the influx of refugees into Germany and Europe as a whole.  Kiesewetter also stated that the media wants to convince the population that Putin has everything under control despite the economic crisis.  “The stronger the crisis in Russia, the more the Russian government is trying to distract people from internal problems,” Kiesewetter added.

As previously reported, the Chairman of the Committee of the Bundestag believes that the sanctions against Russia will remain until a truce in the Donbas region is reached.