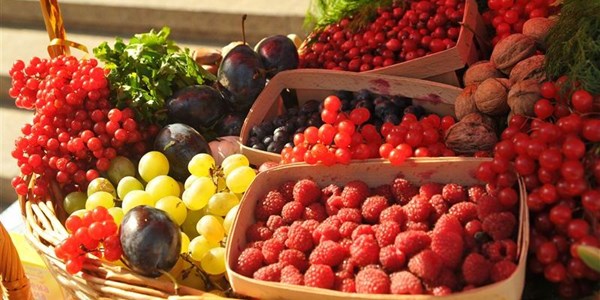 The harvest of vegetables and fruits in the Crimea in 2015 was nearly half of its average prior to the annexation of Crimea by Russia, according to political analyst and founder of the Free Crimea project, Taras Berezovets, as reported by Krym.Realii.

According to the report by the Free Crimea project, the area of irrigated lands in the Crimea has decreased tenfold – from 135,000 to 13,400 hectares. Free Crimea forecasts that in 2016 the Crimean domestic market will need to receive 50% of its milk, 33% of its meat and 27% of its eggs from the General Consumption Fund. Today products produced in the Crimea satisfy only 35% of the region’s food consumption.

According to the forecasts of the Advisor to the Ukrainian Minister of Agrarian Policy and Food, Oleksandr Liev, the highest levels of tourism will be in Yalta, Sevastopol and Saki in 2016. It is expected that the availability of hotels and the guest houses will be about 90%. The Razdolnensky and Chernomorskyi districts have suffered the most from the occupation. Of the 712 official hotels and resorts, only 580 will be open. Of the 4,500 private facilities, only about 1,000 will be opened.

Berezovets also reported that the lands belonging to the Industrial Winery and Agricultural Association, Massandra, have been passed to private companies controlled by the Russian oligarch, Arkady Rotenberg. "Lands where the unique vines grow are transferred for further development. In fact, this enterprise could be destroyed forever," he said.

Prior to the annexation of Crimea by Russia the peninsula produced about USD 6.6 billion in agricultural products per year. According to this indicator, Crimea occupied the 19th place in Ukraine. 120,000 tons of meat and 520,000 tons of milk and dairy products are required for the domestic market in 2016.