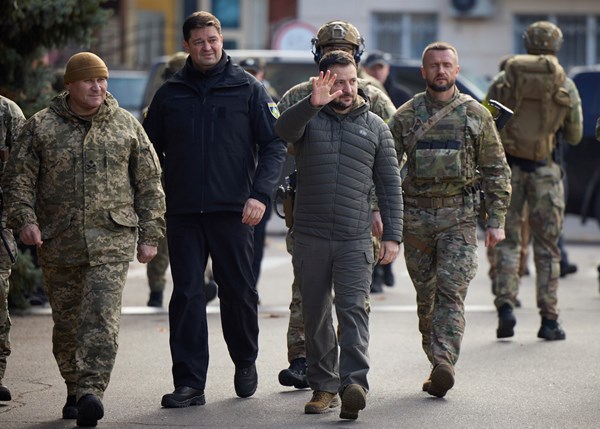 In the central square of Kherson, Zelensky thanked the Ukrainian military for liberating the city after several months of Russian occupation.

"We are moving forward. We are ready for peace, peace for our entire country," the Ukrainian leader told soldiers standing in front of the city administration building.

The President also thanked NATO and other allies for their support in the war against Russia and said that the supply of highly mobile multiple launch rocket systems (HIMARS) significantly strengthened the position of the Ukrainian Armed Forces.

Answering journalists' questions about where the Ukrainian troops will advance next, he said: "Not towards Moscow ... We are not interested in the territories of another country."

Zelensky held an official ceremony of raising the flag of Ukraine over the administrative building of Kherson.

Press Secretary of the Russian president Dmitry Peskov refused to comment on the arrival of the President of Ukraine in Kherson.

"We leave it without comment. You know that this is the territory of Russia," the Kremlin spokesman said.