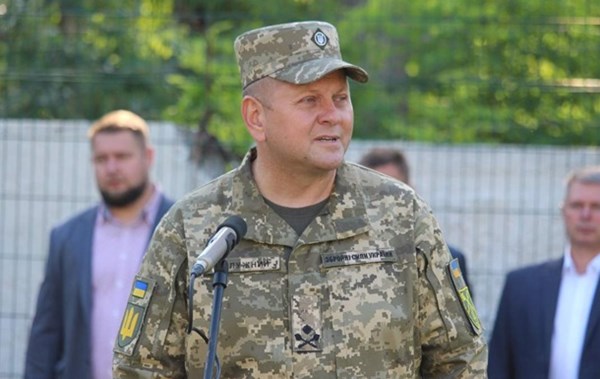 Ukraine is going through major changes in its power structures. After new appointments in the Ministry of Internal Affairs, the SBU and the Foreign Intelligence Service, the changes have reached the Army. Commander-in-Chief of the Ukrainian Armed Forces Ruslan Khomchak has been replaced by Major General, Commander of the Pivnich (North) Operational Command, Valery Zaluzhny.

Khomchak headed the General Staff of the Ukrainian Armed Forces for two years. He says that during this time, the Ukrainian army has become closer to NATO and is ready to respond to a possible escalation by Russia.

Khomchak led the withdrawal of Ukrainian troops from Ilovaisk in 2014, for which he is often criticized because of the huge losses of the Ukrainian military. Volodymyr Zelensky appointed Khomchak head of the General Staff immediately after coming to power.

"Volodymyr Zelensky does not doubt patriotism, loyalty to the oath, professionalism of Khomchak, but the President wants to see synergy between the Ministry of Defense and the Armed Forces of Ukraine. So, unfortunately, we do not see synergies, we see, on the contrary, conflicts, " said presidential press secretary Serhiy Nikiforov.

Khomchak moves to the post of First Deputy Secretary of the National Security and Defense Council.

The new Commander-in-Chief of the Ukrainian Armed Forces Valery Zaluzhny was born on July 8, 1973, in the city of Novohrad-Volynskyi, Zhytomyr region.

Zaluzhny has been in the Donbas since 2014.

"For me, the war began in mid-July 2014, when I was appointment a deputy commander of sector C, formed in the Donetsk region. Since then, I led almost all the army units that were created there. I reached the position of Chief of Staff of the Joint Forces Operation," Zaluzhny said.

On December 9, 2019, Zaluzhny became the commander of Operational Command North.

Zaluzhny is married, has two daughters. The eldest daughter is in the military and serves in the Kyiv garrison. The youngest is studying in Odessa and plans to become a doctor.

According to the electronic property declaration of the new Commander-in-Chief, he himself does not own any real estate. But his wife Elena Zaluzhnaya has a 69.2 square meters house and four land plots in Ovidiopol, Odessa region.