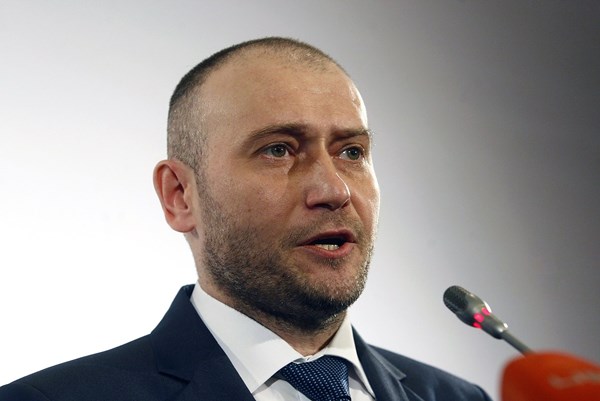 In 2014, Ukrainian fighters could have liberated Donetsk, stated the commander of the Ukrainian Volunteer Army, ex-MP Dmytro Yarosh on air of the TV channel Obozrevatel TV.

According to Yarosh, Donetsk in 2014 was under the control of "real criminal gangs" and Russian regular forces were not there yet.

"We even went past the "Donetsk" sign and then we received the order [to withdraw]," Yarosh said.

Yarosh noted that the order to withdraw came "though the communication channel" of the Ukrainian Armed Forces, as the military leadership was afraid of large losses among the civilian population of the city. He specified that when the troops enter the city, houses from which fire is being carried out could be destroyed.

At the same time, Yarosh stressed that Ukrainian volunteers were ready to liberate Donetsk. They had "good infantry" but lacked armored vehicles. One of the two tanks could not drive, and the other could not shoot.

He added that he has "gnawing pains" because if Donetsk had been liberated, there would have been no "DPR" or "LPR".